An exhibition Where Heaven meets Earth is being organized for FILE 2014, South America’s biggest international media arts festival, which will be taking place in Sao Paulo, Brazil from Monday 25 August to Sunday 5 October.

Imagine the clouds dripping. Dig a hole in your garden to put them in.
Yoko Ono, 1963 Spring.

In ancient times, the medium meant spiritual medium conveying words from Heaven to Earth. The medium’s role has been passed down to the present.
Media art expressions, which visually realize the formless, invisible world of non-existence, present as our physical experience an imaginary world that lies outside, or within, our perception and awareness.

It is our capacity for imagination that is required to face two worlds, whether conflicting or parallel, and accept them. If it helps to connect, move across between, and reverse Heaven and Earth, the dripping clouds will turn into water in the pond and bring clear skies again.
KUSUMI Kiyoshi, Planning Director

KUSUMI Kiyoshi
Art Editor／Critic／Associate Professor of Tokyo Metropolitan University
KUSUMI Kiyoshi was born in 1963. He launched Comickers in 1995 and was chief editor till 1997. From1999-2000, he was deputy editor of BIJUTSUTECHO, chief editor from 2000-2004, and Affiliate Professor of Kyoto University of Art & Design from 2007-2008. He is an associate Professor of Tokyo Metropolitan University.
Selected writings include ROCK NO BIJYUTUKAN (Rock Museum) (2013, Shinko Music Entertainment), Hachiya Kazuhiko OpenSky2.0 (2007, NTT Publishing), etc. He was co-curator of an exhibition KRAZY! The Delirious World of Anime + Comics + Video Games + Art (2008-9) at the Vancouver Art Gallery.

Part One “From Ukiyo-e to Animation”

In the first part of “From Ukiyo-e (wood-block prints) to Animation”, we focus on depictions of two animated films released last year. Yasuhiro Yoshiura’s Patema Inverted is a feature-length fantasy animated movie describing communication between the earthly world and the other underground world where the action of gravity between both worlds is upside down. The scene showing a boy standing on the ground and holding a girl falling down to the sky creates on the screen a symmetry of a strong feeling of tension about verticality and inversion. It reminds us of Mt. Fuji drawn by Katsushika Hokusai in his Thirty-Six Views of Mount Fuji – Mt. Fuji Reflected in Lake Kawaguchi in Kai Province (Koshu Misaka Suimen), showing it in summer and then when it becomes snow-capped in winter as reflected on surface of the lake. Hiroyasu Ishida’s rain town is a story about a young girl in a “rain town”. This work uses only tranquil music and the sound of falling rain to gently depict scenes of a rather dark, yet beautiful world that makes one feel a certain sense of loneliness and nostalgia. Japanese artist’s attitudes to observe Nature seasonally have remained unchanged until today. Moreover, diagonal slashes depicting rains, blanketing the entire picture of Ukiyo-e artist Utagawa Hiroshige’s Sudden Shower Over Shin-Ohashi Bridge and Atake (Ohashi Atake no Yudachi), which was based on the then leading-edge exquisite woodblock printing technique, which is in fact timeless. 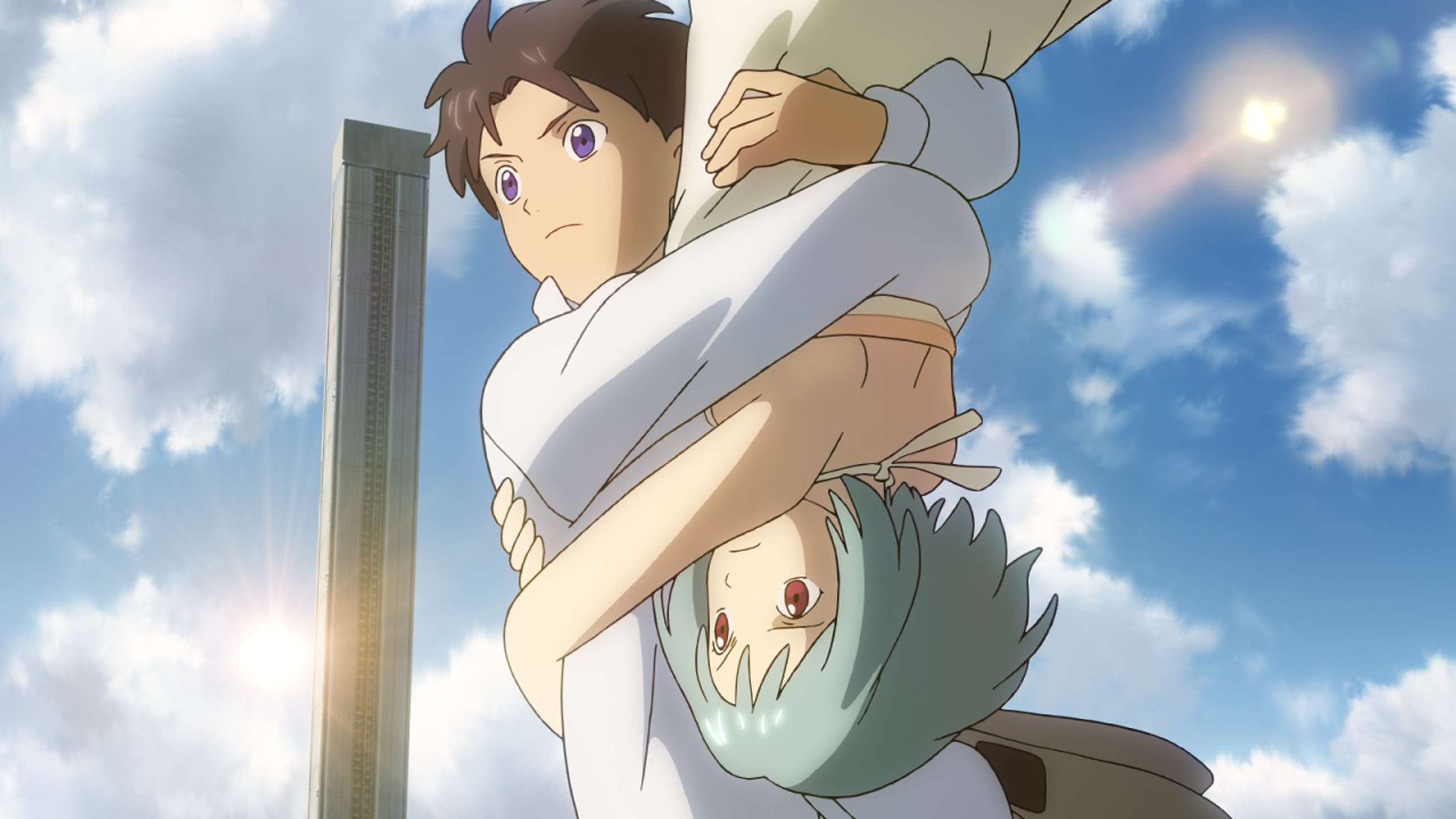 In the second contrast of “Physical World”, you will see two types of installation art on a large scale with vector of ups and downs. Ei Wada’s sound installation work Toki Ori Ori Nasu – Falling Records –shows that open-reel tapes, discharged from outdated audio players installed on the top of four tall columns, fall down with sound and finally are rewound again to go up. In addition, Soichiro Mihara’s the blank to overcome shows bubble makers building bubble columns up in the air. 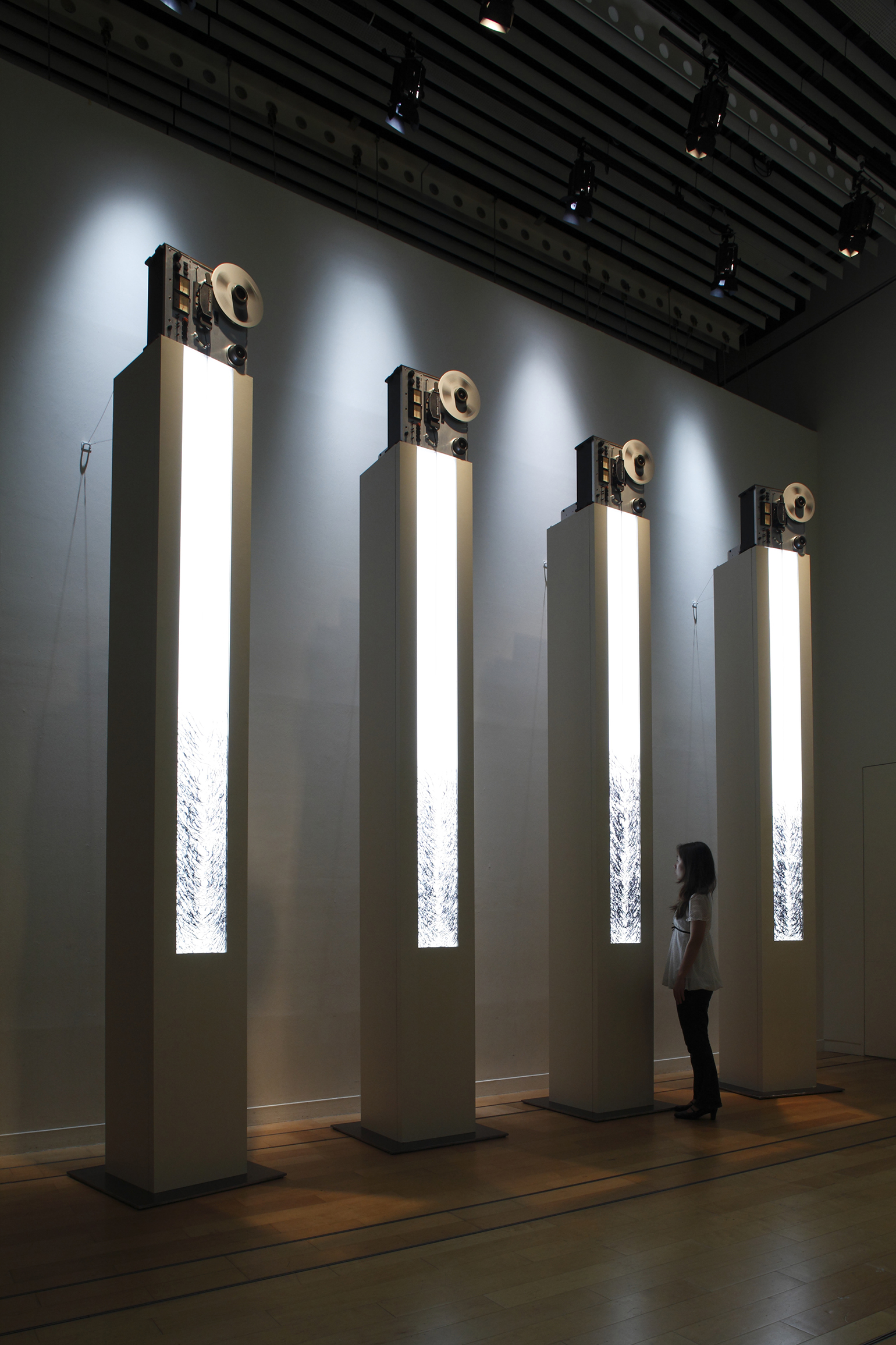 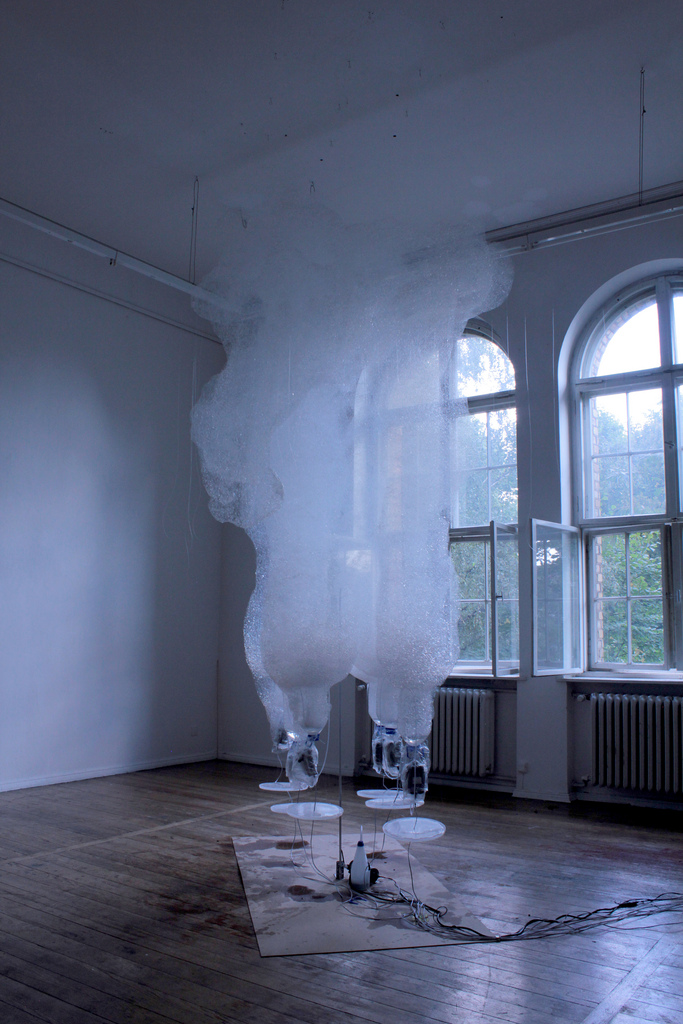 The blank to overcome

Part Three “The World of Images and Information”

The third part introduces ups and downs in “Images and Information World”. In his work, Takayoshi Tsuchiya deals with a computer program that repeats simple up-and-down movements randomly. Masaharu Sato takes out only vertical movements of daily life to create a short looping animation and demonstrate mechanical repetition. These superficial movements do not reflect reality, losing the original meaning, but have been visually refined. 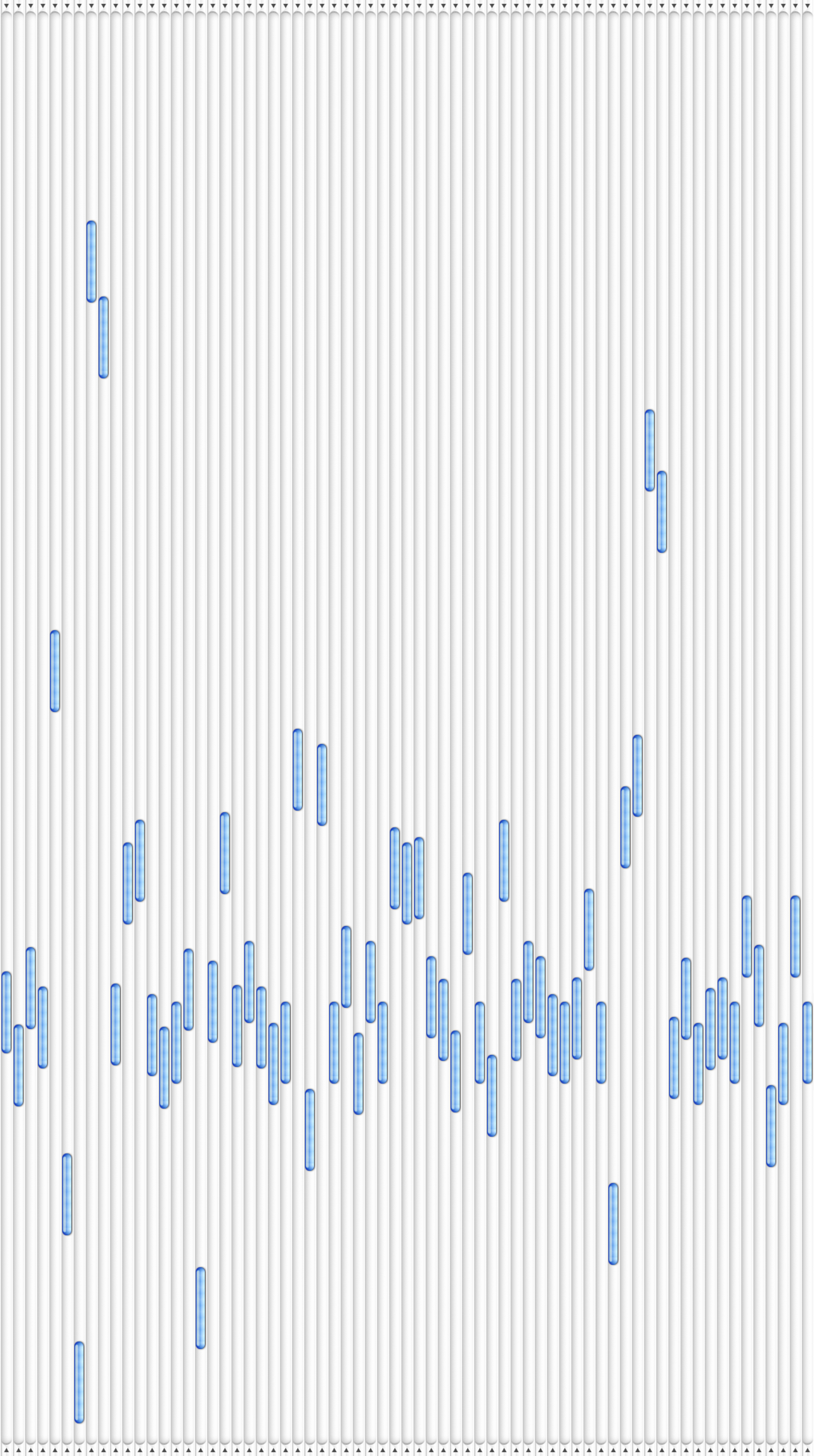 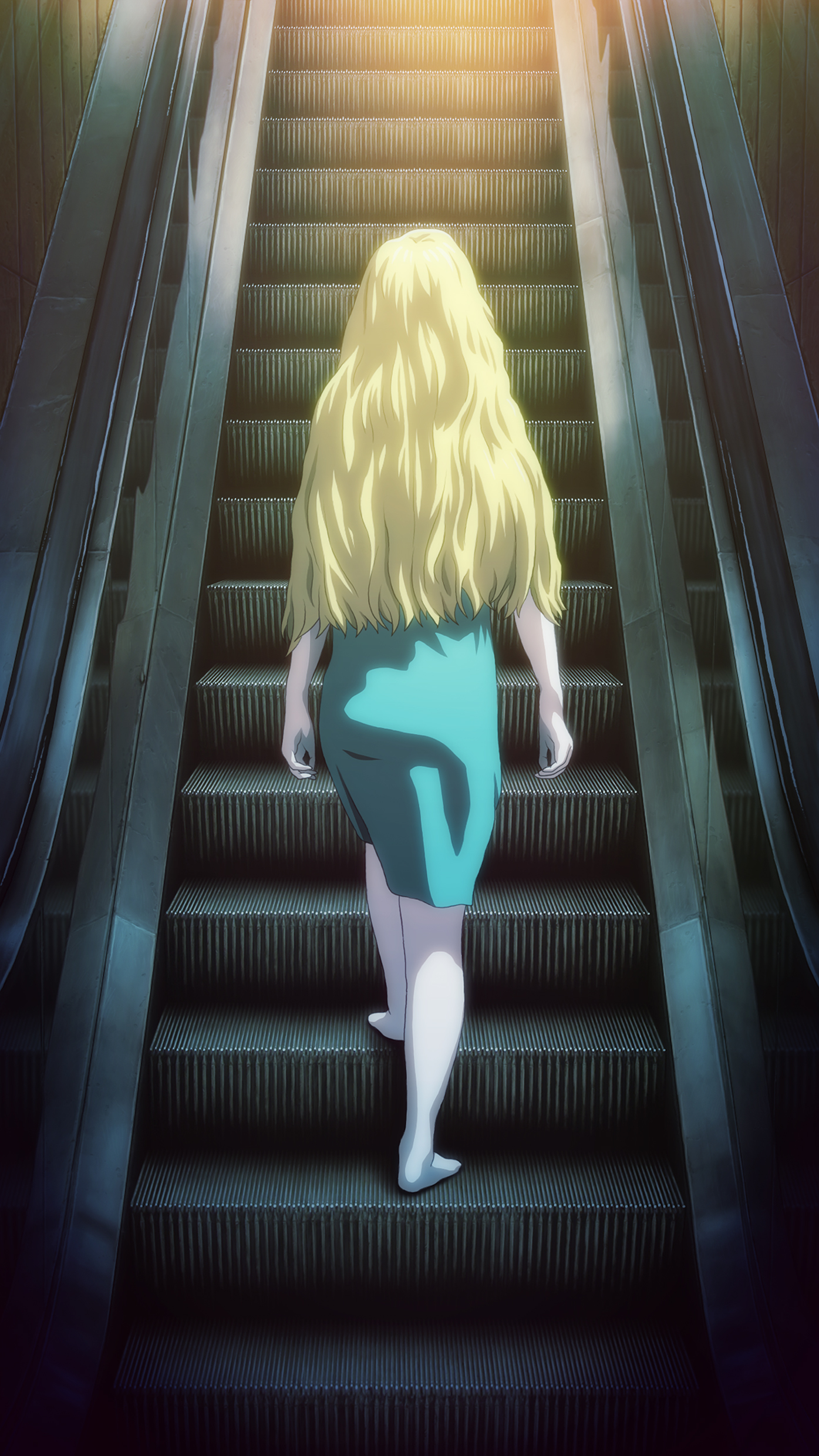 The forth part is about “Rounding and Floating”created with sounds and pictures. Life is Music of SOUR, a Japaneserock band attracting attention for its experimental music videos, uses a compact disc as the phenakistoscope, and reproduces not only rotating movements but also primordial animations for music reproduction purposes. In addition, the music video of Sayonara Ponytail, an anonymous band, uses the representation of a girl character that appears in an original manga to bring a unique feeling of floating into experimental live-action images. 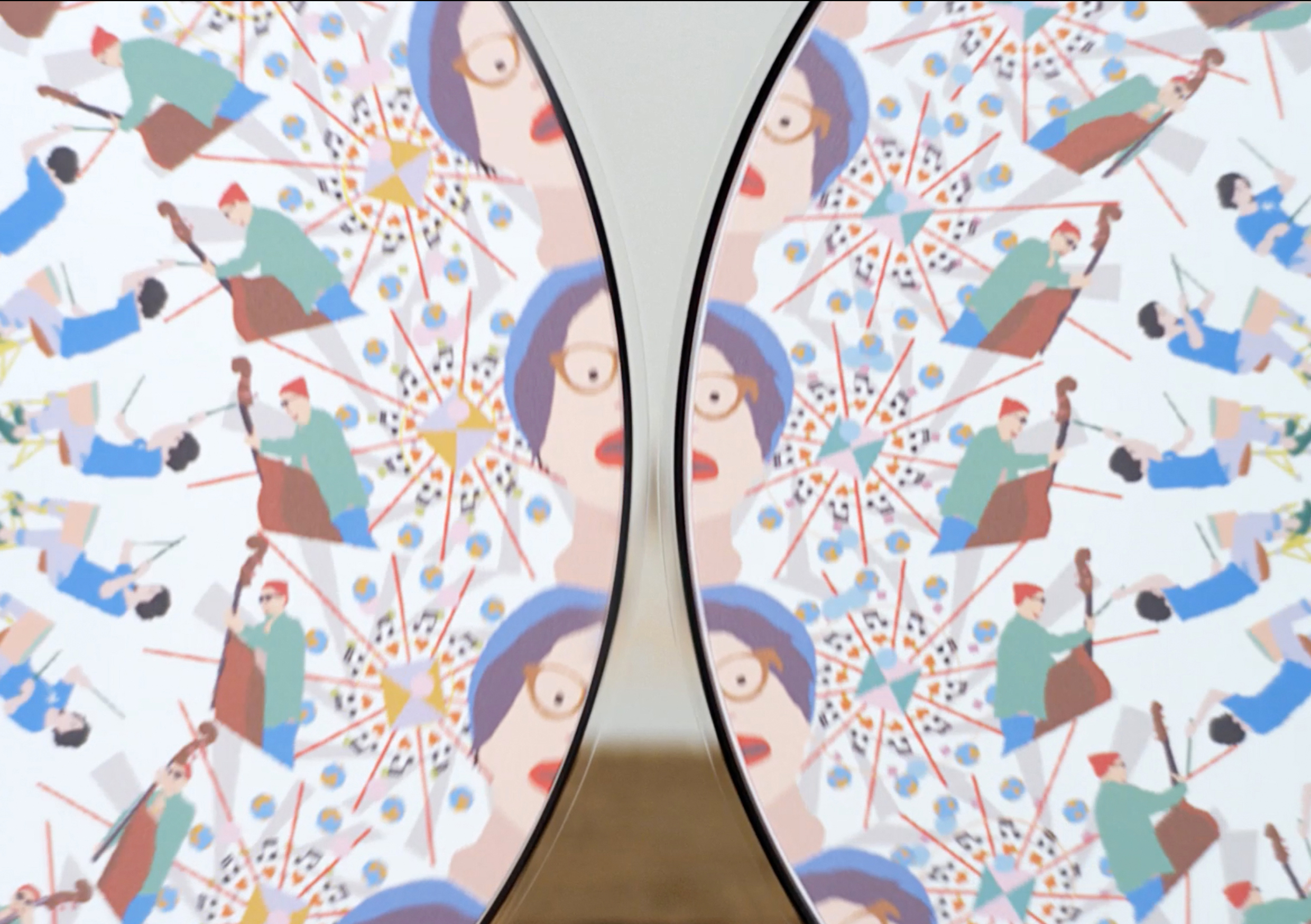 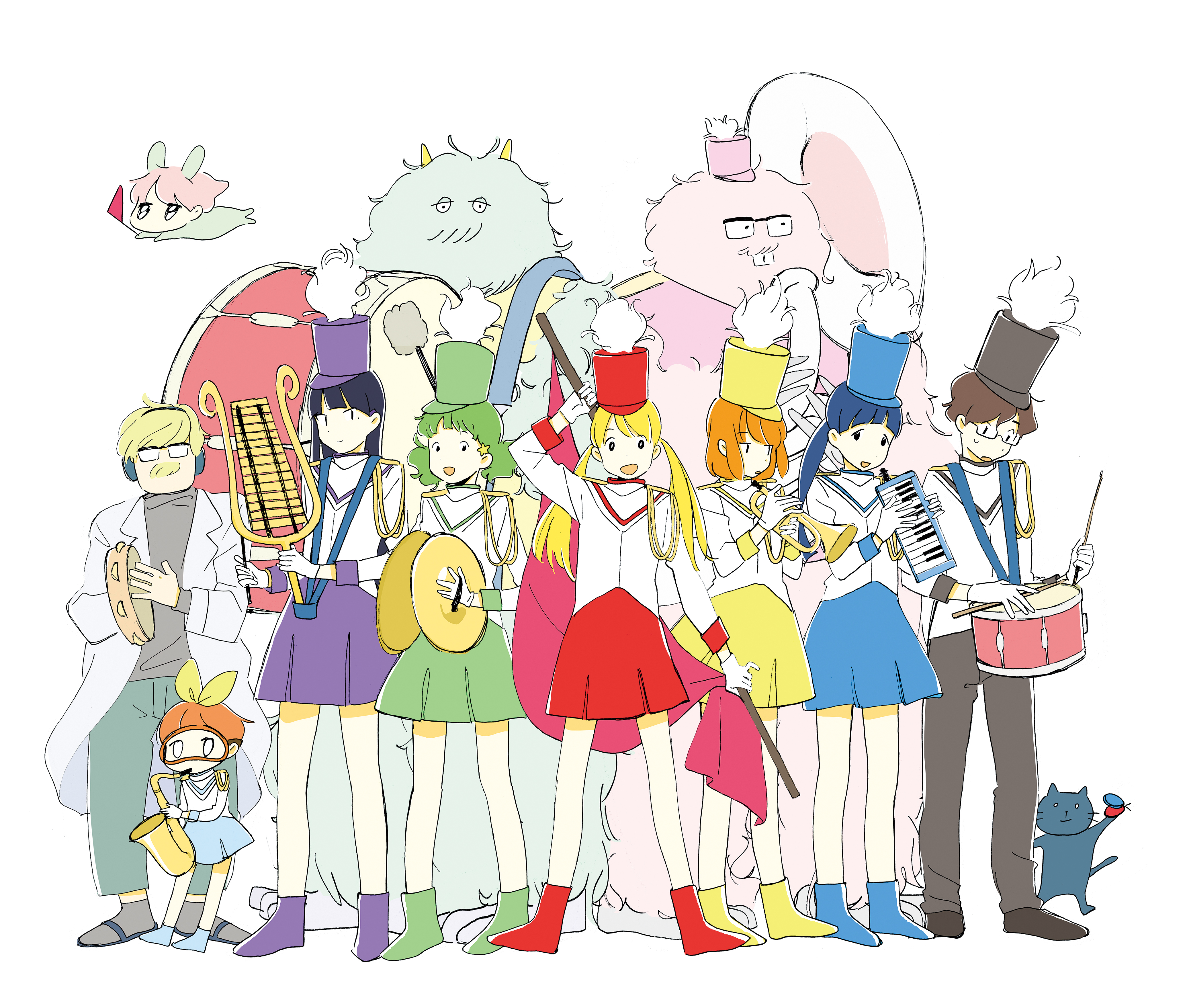 This workshop from Japan is led by Takayoshi Tsuchiya of the Domain Series of intangible server-based computer program works and Soichiro Mihara, creator of 3D soap bubble pillar installations that float in the air. They try to reconnect with the Earth on which we live through media-style thinking and the media arts. The sizes of invisible things are rendered into visible shapes and dimensions for remeasuring.

A program of award-winning, short animated productions from the Japan Media Arts Festival 2013 and Beyond the Technology will be screened at the venue for FILE ANIMA+ during FILE 2014.

Animated short program 2014
This program of 13 highly distinctive short animations has been compiled from prize-winners and jury recommendations of the Animation Division at the 2013 17th Japan Media Arts Festival.

Beyond the Technology
New modes of expression made possible by the continuing evolution of digital technology have produced today’s sense of great diversity. This program features the sensibilities of the creators and imaginative powers they share with regard to our contemporary world through the introduction of 14 works.