The Annecy International Animation Film Festival is known as the world’s largest animated film festival. It began as the independent animation division of the Cannes Film Festival in 1960, and is now recognized as an official festival by the International Animated Film Association (ASIFA). It is held every June at Lake Annecy, a mountainous area of eastern France close to the Swiss border. In addition to the film screenings, various events such as conferences and trade shows are also held.

The metropolis of Tokyo, where everything is mixed and everything is different. Where the past and present, real and virtual collide. There is a special kind of energy created in Tokyo, and it is always in full supply.
How do creators inside and outside the city differ in drawing Tokyo, and how is the unique power of Tokyo incorporated into their work?
For this exhibition, works were chosen based on the theme of “TOKYO SCRAMBLE”. Some express the abstract while others focus on the big city from a more human perspective, and as a whole they exude the power of Tokyo, which may be best exemplified by the scramble crossing in Shibuya. 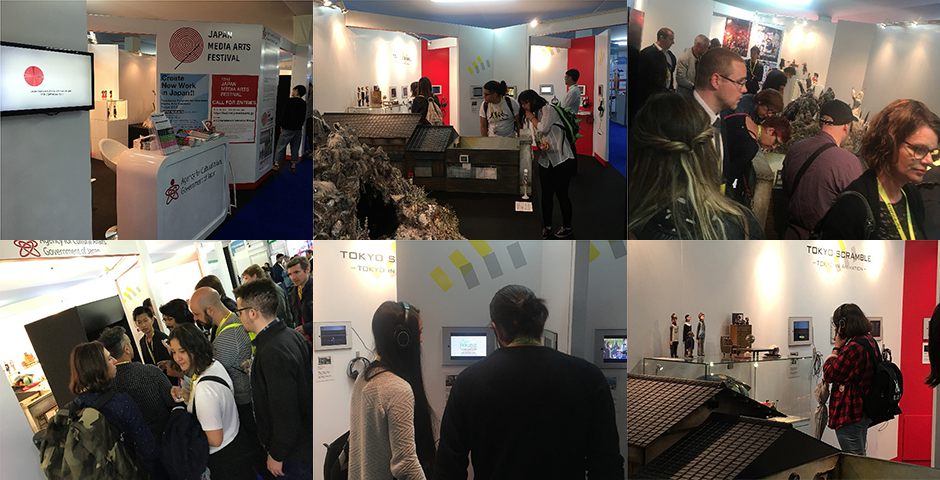 The TOKYO SCRAMBLE exhibition featured films being shown on 19 iPads throughout the exhibition, as well as the toki- CROSSING #1 installation by Akinori Goto, the Mt. Onokoro and Family Deck installations by Tomoyasu Murata, and various dolls used in stop-motion animation. Right from the start the booth received a lot of attention as the galleries were prepared, and when MIFA (Annecy’s market) began, a large number of visitors passed through every day, enthusiastically taking in the various works and asking questions of the artists and staff. The booth has built up a strong presence at MIFA, showing off the quality and diversity of Japanese animation.

©2015 THE BOY AND THE BEAST FILM PARTNERS

MOB PSYCHO 100 by ONE©2012 ONE • All rights reserved. • Original Japanese edition published by SHOGAKUKAN.

©2016 MADOKA / Graduate School of Film and New Media, Tokyo University of the Arts 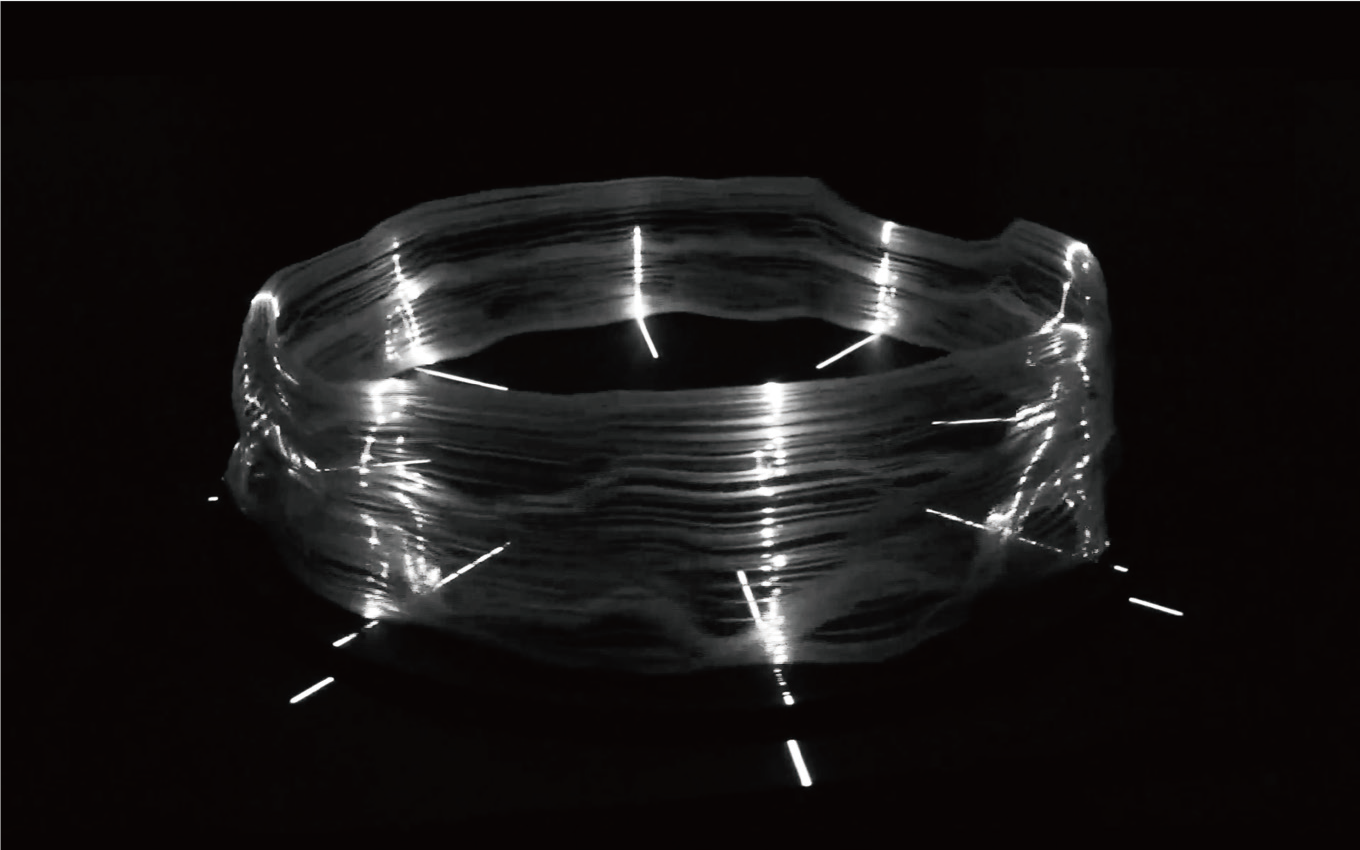 The “toki-” series uses movement to give visual shape to time and capture the relations between motion and time or the beauty and qualities of time. toki- CROSSING #01 selects 12 people using a crosswalk near the narrator’s house on the same day. By connecting these strangers to a single time axis, it explores their commonalities.
©AKINORI GOTO 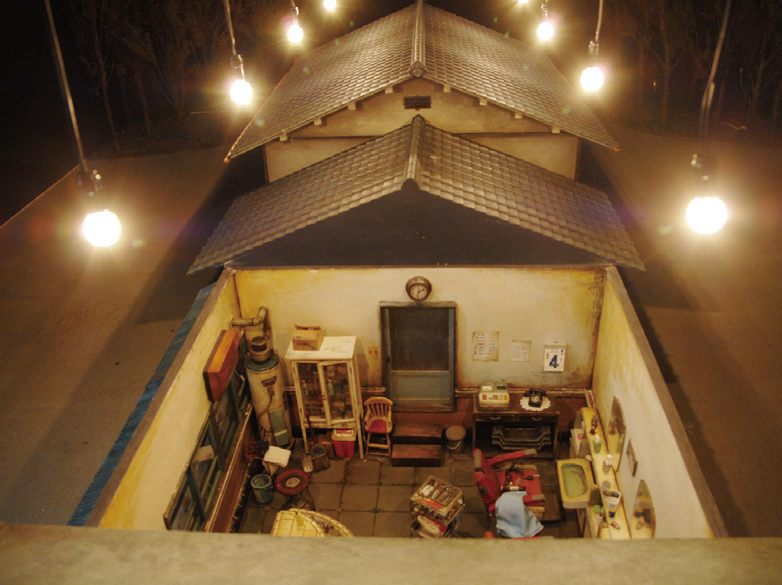 This set was used for the filming of his animated short film, "Family Deck"(2007), which was chosen as a JMAF Jury Selection. The motif is memorable landscapes from Murata's own past.
©TMC 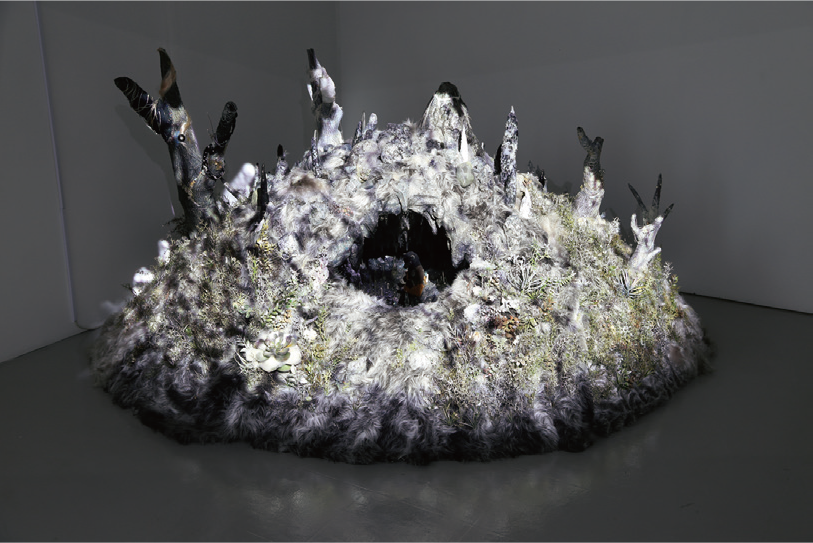 To make this work, Murata uses the cave from his short film, “Okinamai / Forest This Flower Bloom,” released in New York in 2016. The cave is modeled on Onogoro Island, an important island mentioned in the Kojiki (Records of Ancient Matters).
©TMC 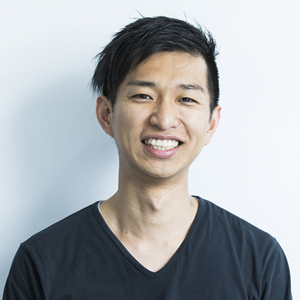 【Artist profile】
Goto is a graduate from the Department of Visual Communication Design at Musashino Art University. His major work is the time sculpture series called "toki." His recent major exhibits are SXSW Art Program 2017, Ars Electronica Festival 2017, and others. 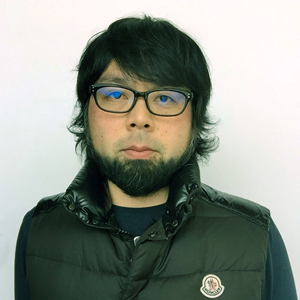 【Artist profile】
A graduate of the Department of Design at the Tokyo University of the Arts, and of its Graduate School of Fine Arts in 2002, Murata won the JMAF Excellence Award in 2001 for the puppet animation "Nostalgia." He has also made videos for Mr, Children and ap bank.

Comment from Mr. Goto:
I realized that unlike the contemporary art and technology exhibitions I've participated in so far, only this animetion festival has had so many questions regarding “movement”. I was able to enjoy some sake while casually talking with people from various countris, so this artist talk ended up being a precious overseas exhibition for me.

Tomoyasu Murata Talk / June 14, 16:00 –
A talk was held at the booth with artist Tomoyasu Murata.
He was asked various questions about his Mt. Onokoro and Family Deck installations, dolls, and stop-motion animation.

Comment from Mr. Murata:
During the artist talk, there were 3D creators who said that they were extremely interested in Japanese puppet animation, as they didn’t have many chances to experience it, as well as those who were impressed by having actual physical sets and installations in front of them. This exhibition was a great opportunity for a lot of people to see the diversity in Japanese animation.

Tomoyasu Murata began his work producing puppet animations after being inspired by traditional Japanese puppet theatre, called Bunraku.
Murata employs puppet animation in an expressive way, allowing viewers to experience it with their eyes, ears, sense of touch and even through the air. He has consistently strived to express the idea of mujo(impermanence), which is a very beautiful concept to the Japanese.
In one of his early series entitled “Road”, Murata described the aspect of “absence”. Through small gestures of the puppets' hands and eyes, he expressed things that are not words, and are indeed impossible to put into words.
“Family Deck” is a series of stories that describe the everyday life of a family running a barbershop that used to be located in Murata’s neighborhood but no longer exists. Recreating the old town using miniature sets, Murata undertakes the challenge of recording the rapidly changing town. Employing an old barbershop that actually existed and adding his original family stories, Murata attempts to create a series of works that act as a container for storing memories.
After the Great East Japan Earthquake in 2011, Murata started to create new series based on the theme of traversing memories regarding life and death. He has so far completed three of his five planned puppet animations: “Okinamai / Forest This Flower Bloom”, “AMETSUCHI”, and “A Branch of a Pine Is Tied up”. In these series, Murata tries to portray the view of mujo through the themes of prayer, chronicling and faith.

June 15, 14:30 –
Tomoyasu Murata Program - Stop Motion Animation shown at THEATRE PATHE #3.
Tickets sold out within a few days from going on sale, showing the high level of attention focused on Japanese animation at Annecy. Director Murata appeared on the day of the showing, where he talked about his work and held a Q&A.

Comment from Mr. Murata:
The special screening was almost full. I talked about how in Japan, various beliefs and cultural points come from nature and how the themes of my work are based on that. I also talked about ideas and story being expressed through gestures and line of sight, without the use of words. In the Q&A, I received deep questions about Japanese identity and aesthetic sense. 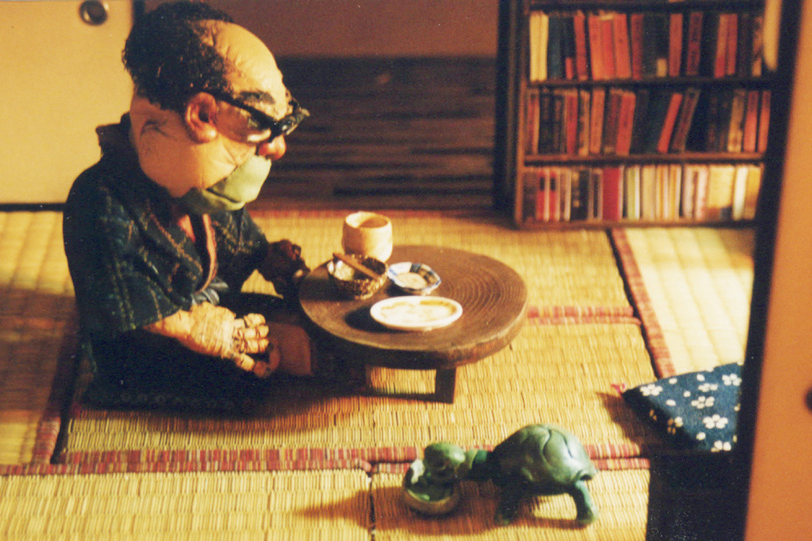 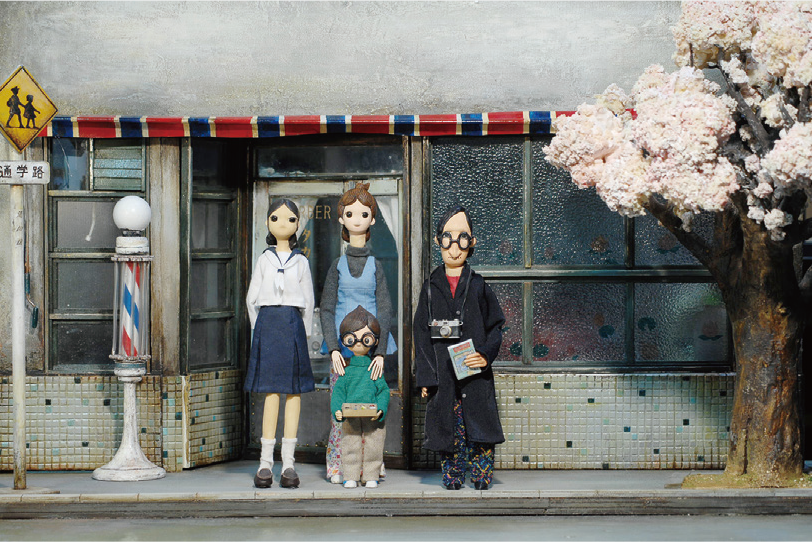 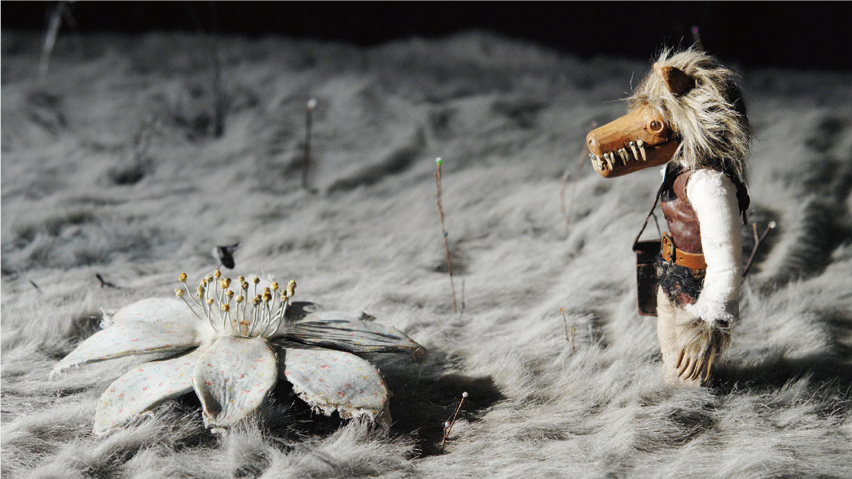 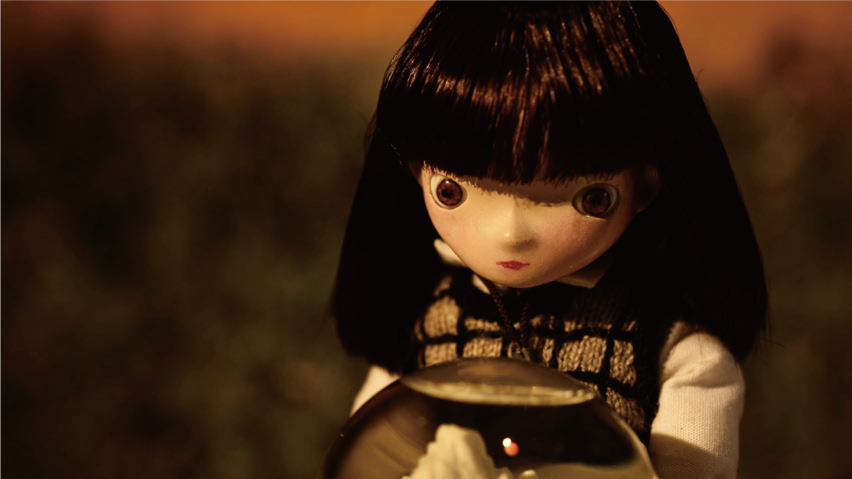 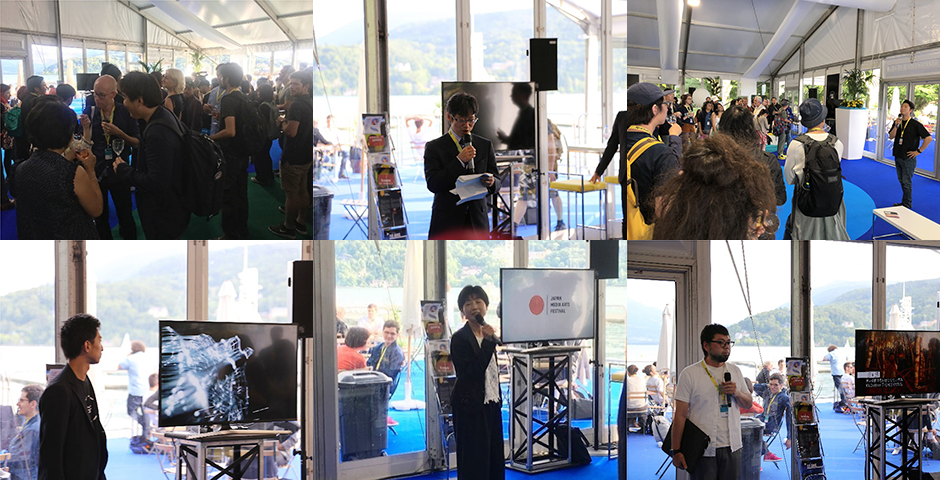 June 14, 19:00 –
A Japan Reception was held in the Chill Out Room.
In addition to greetings from Mr. Fujiwara, Director-General of the Agency for Cultural Affairs, Government of Japan the reception also featured greetings and talks from the following guests:

- Kitaro Kosaka, director of Okko’s Inn and nominee for the feature film in competition
- Mirai Mizue, director of DREAMLAND, which was shown at the closing ceremony
- Erick Oh, director of PIG: The Dam Keeper Poems, which won the Cristal Award for a TV production
- Shuzo Shiota, President and CEO of Polygon Pictures Inc., who delivered the keynote speech
- Mitsuko Okamoto, curator of the TOKYO SCRAMBLE exhibition displayed at the Japan Media Arts Festival At Annecy 2018
- Participating artist Akinori Goto
- Participating artist Tomoyasu Murata

More than 300 visitors from all over the world made a stop at the lakeside venue, with various curators, producers, distributors, and others related to the film industry freely exchanging ideas and impressions.

Japan selected to be the Country of Honor for The Annecy International Animation Film Festival 2019!
At this year’s closing ceremony, it was announced that the Country of Honor for next year’s Annecy International Animation Film Festival will be Japan. Commendations will be given to Japanese animated works, and the festival will be bathed in the colors of Japan. We would like to send various works and creators as an opportunity to show the quality and diversity of Japanese animation to the animation fans of the world. We will be announcing new details from time to time, so please keep on the lookout for future updates!