Once a year, Ars Electronica invites artists, scientists and researchers from all over the world to a conclave in Linz to confront a specific, interdisciplinary theme in the context of speeches, workshops, exhibitions and symposia. Each year’s festival is dedicated to a different issue, and the formats of the various approaches to it are the very opposite of sacrosanct. This is a setting for experimentation, evaluation and reinvention, for the search for that which advances the betterment of human society, whereby the provenance of whatever that might be isn’t the least bit relevant.

The theme of this year is “ERROR”
At what point does an error become a mistake, a fail, and what makes it the celebrated source of unprecedented ideas and inventions? When is an error an oversight and when is it intentional deception, a fake? An error doesn’t have to be a mistake; it can be an opportunity! 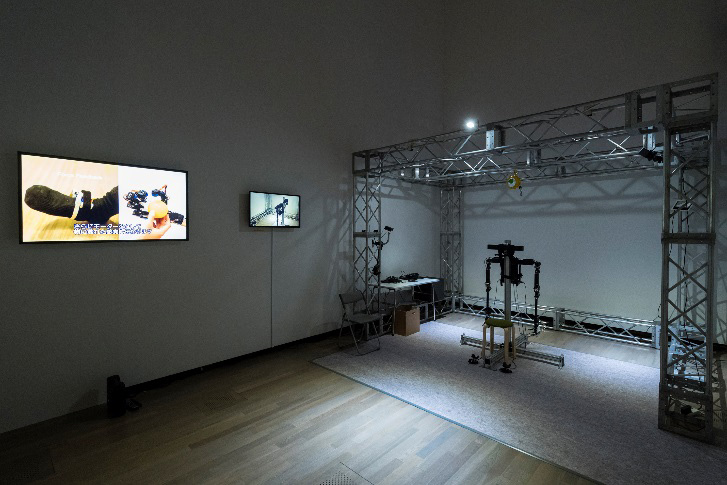 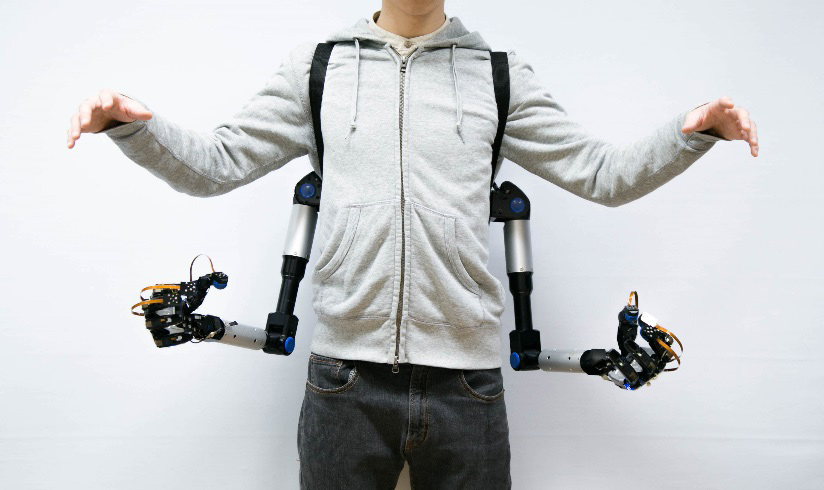 MetaLimbs adds “new arms” that can be freely manipulated by strapping on 2 robotic arms. The robotic arms are worn on the shoulders, and sensors placed on the top of the feet and the knees of both right and left legs track the movements of the legs to move the arms. Moving the toes moves the robot hands, which are equipped with tactile sensors, and the sensations of the robotic hands are fed back to the legs. These robotic arms can provide functions that surpass human physical abilities by replacing the end of the robotic arms with tools such as a soldering iron. As trends in technology transition from prosthetic to human enhancement technology, the question is raised as to how technology will change human physical sensation.
©Tomoya Sasaki, MHD Yamen Saraiji 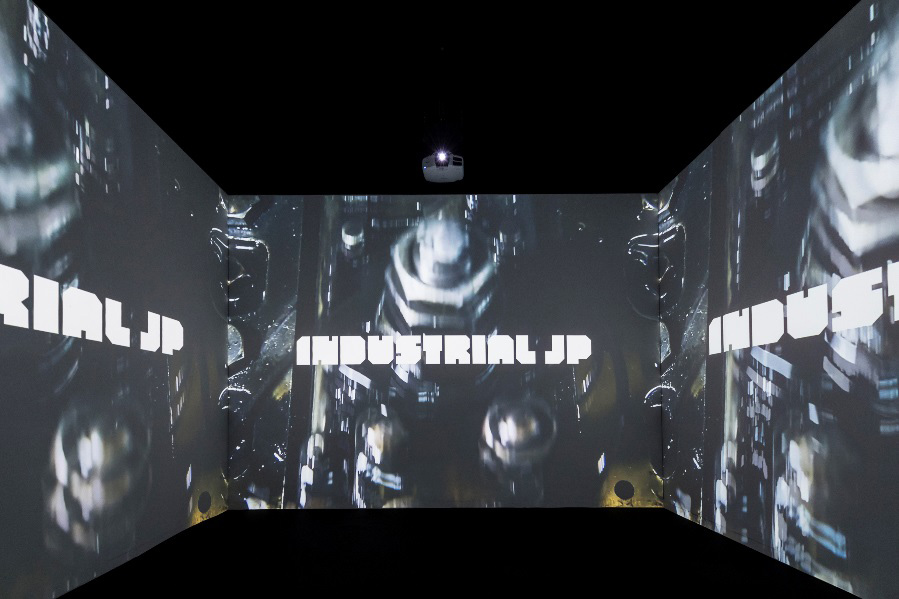 INDUSTRIAL JP is a music label that creates and distributes musical compositions and music videos by re-editing video samplings of machine tools in operation and field recordings of sound in small factories located here and there in Japan. Numerous musicians and factories producing springs, screws, and the like collaborate to produce club music out of analog sounds of machine tools at work. Seven works have been released as of March 2018. The reverberating sounds of operating machines and gleaming, well-oiled machinery in motion continuously construct a constant rhythm that is presented in beautiful sound and video. Establishment of the label was motivated by a strong sense of the impact of dwindling domestic industry caused by globalization. The label aims to help boost domestic manufacturing by communicating the excitement of small factories in Japan. The website features interviews with the various factories and has become a platform for sharing the advanced technological capabilities of small factories and the appeal of state-of-the-art products crafted by that technological power.
©INDUSTRIAL JP

Prix Ars Electronica, which began since 1987, has become the most important award in the field of media art all over the world.
The categories are broadly defined, going far beyond the media art genre to encompass futuristic in other tech-related disciplines.
The Golden Nica statuette is considered the Oscar of media art.
Each year, 3,000+ entries from over 80 countries are submitted for Prix Ars Electronica Prize consideration. 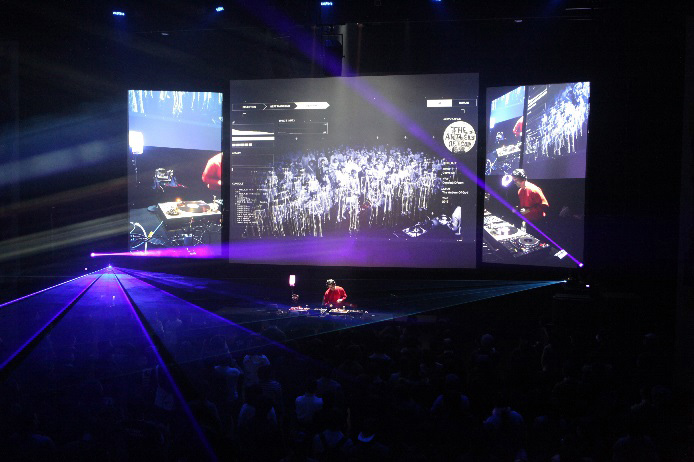 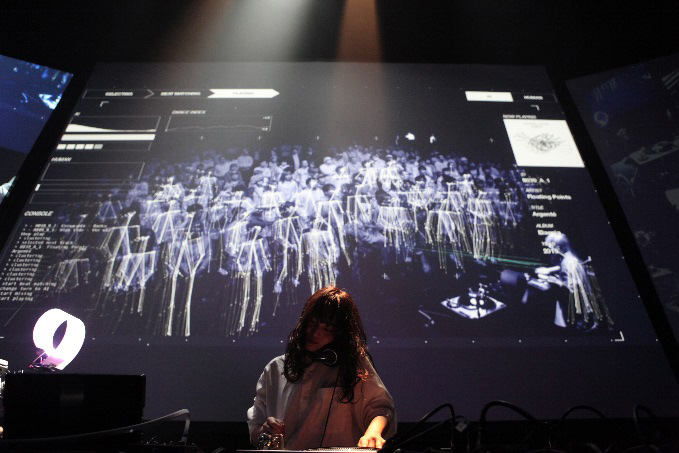 Artificial intelligence (AI), which has learned the characteristics of musical composition, and a human DJ take each other’s musical selections. AI analyze the DJ’s music and chooses the next song, uses the turntable to make mixes, and sometimes surprises us with musical selections that go beyond our imagination. People explore the possibilities of dialogue and co-creation through this discussion between two DJs.
©2017 Qosmo,Inc.

This program comprises 11 highly distinctive works from award-winning works of the Animation, Entertainment, and Art Division from the 21st Japan Media Arts Festival

Our exhibitions at Ars Electronica Festival 2018 (September 6 to 10) in Linz, Austria have finished successfully. The event’s participants totaled 1,357 artists, scientists, and researchers, representing 54 countries. The 614 activities ranged from exhibitions and events, to workshops, speeches, and symposiums. Over 396 universities, research institutions, museums, and corporations sponsored and contributed to the event and it was covered by over 400 media outlets from 40 countries.
Guided tours were provided in 13 different languages, from Arabic to Russian, in order to accommodate audiences from all over the world.
It was truly a world-class festival for art, technology, and society, engaging everyone regardless of nationality, age, or profession.
As part of the overseas promotion program for the Japan Media Arts Festival, we presented “MetaLimbs,” “INDUSTRIAL JP,” and “AI DJ Project.” Here is the report on how they were received. 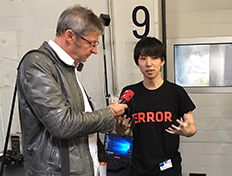 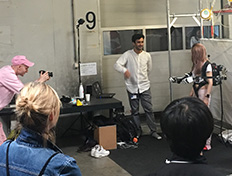 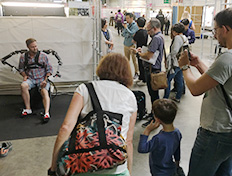 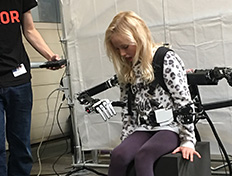 Comment from Mr. SASAKI Tomoya :
Our work was exhibited at an excellent location near the reception of the main site. As a result, we had a large number of visitors who could enjoy seeing and experiencing our work. I felt that the event could be enjoyed by a diverse range of people of various nationalities and generations, as many families and children were there and multilingual guidance services were provided. The exhibition offered such a fruitful opportunity to discuss new ideas with artists in different fields.

Comment from Mr. MHD Yamen SARAIJI :
Demonstrating at Ars Electronica Festival 2018 carried a unique dimension of European contemporary and media art perspectives, as it was an excellent platform for bridging ideas among Europe and international communities. Since our demonstration was experience oriented for the participants, it received much attention and invoked several discussions with the artists and scholars. I discussed topics relevant to the future of human-machine augmentation and symbiosis with several attendees, and the potentials for expanding to new forms of applications. 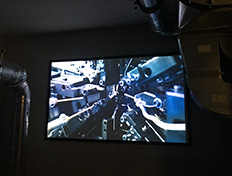 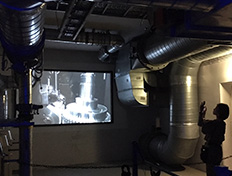 In a small dark room, deep on the underground of Post City, the main venue of Ars Electronica Festival 2018, “INDUSTRIAL JP” was cutting a conspicuous figure in the face of being surrounded by walls covered with obsolete machines and an old plumbing system. 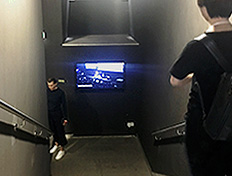 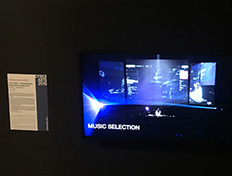 At the OK Center where the award-winning works were exhibited, the people unexpectedly enjoyed to encounter the screening of "AI DJ Project", which was held in the landing of stair that was leading to mysterious downstairs.