Atsushi WADA’s animations stimulate the five senses. He does a great job of conveying the sense of touch and emotions experienced by the characters through unique expressions of movement.
He even seems to go beyond that by expressing concepts that transcend the limits of human perception—air, premonitions, the formless thoughts embedded in the subconscious.
His work contains stories. Rather than just simple narratives, his works are like pieces of poetry that depict the resonations between characters, human or otherwise. The settings are clean and devoid of superfluous elements. It is reminiscent of Japanese Noh theater, where the story takes form only through movement, dance, and music. His work “In a Pig’s Eye” won the Excellence Award at the Japan Media Arts Festival, while the “The Great Rabbit” clinched the Silver Bear at the Berlin Film Festival. Enjoy these and other pieces to get a taste of Atsushi WADA’s world. 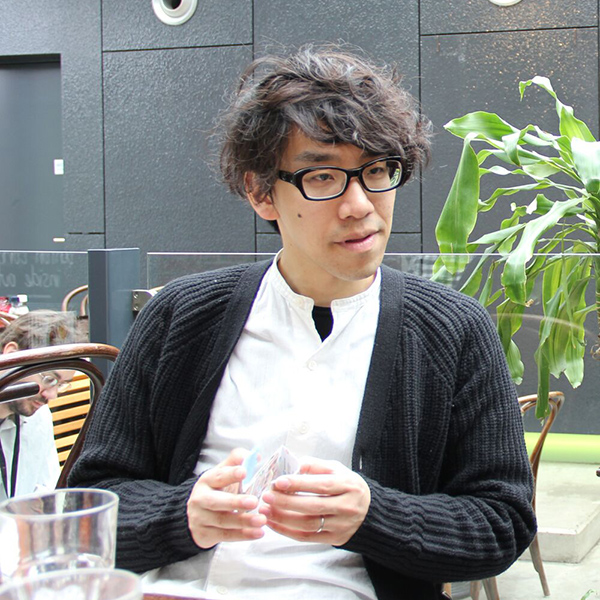 
WADA was born in 1980 in Hyogo Prefecture, Japan and started making his own animations without any formal training in 2002. His works explore the themes of gentle movements and the spaces in between. His piece "In a Pig's Eye" (2012) has won a number of awards, including Best film at the FANTOCHE International Animation Film Festival and the Excellence Prize at the Japan Media Arts Festival. "The Mechanism of Spring" (2010) premiered at the Venice Film Festival and "The Great Rabbit "(2012) won the Silver Bear at the Berlin International Film Festival. 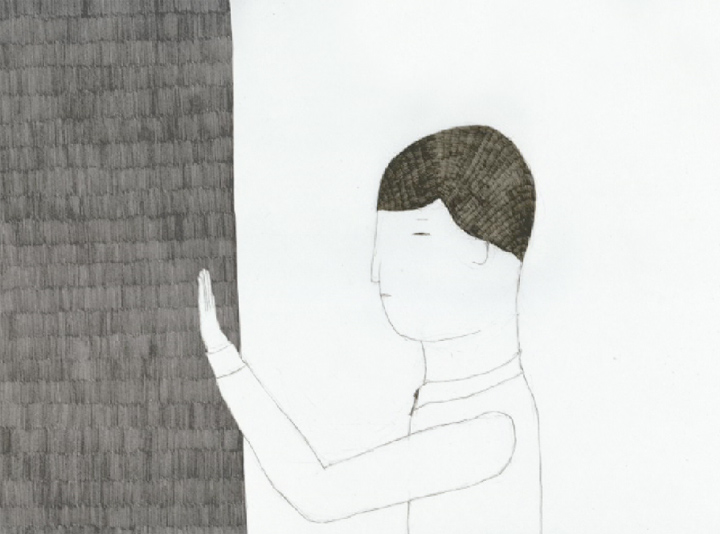 A clerk has his own duty. A clerk does his own work. This is what a clerk should do.
© Atsushi Wada 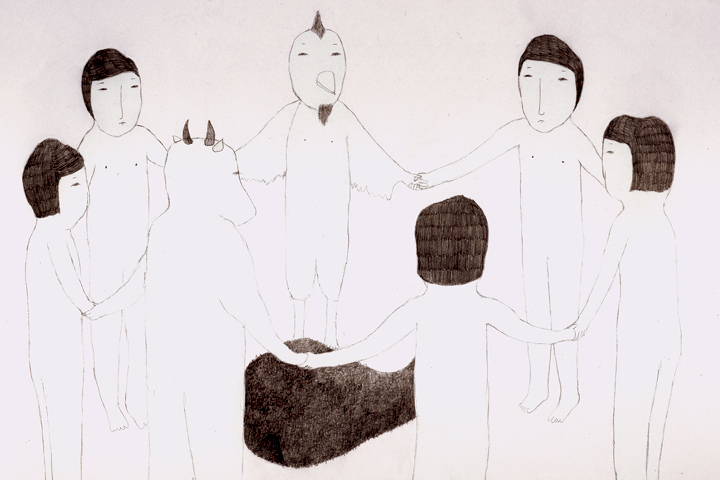 A haptic animation with comfortable noses. I wish everyday was a day of nose.
© Atsushi Wada 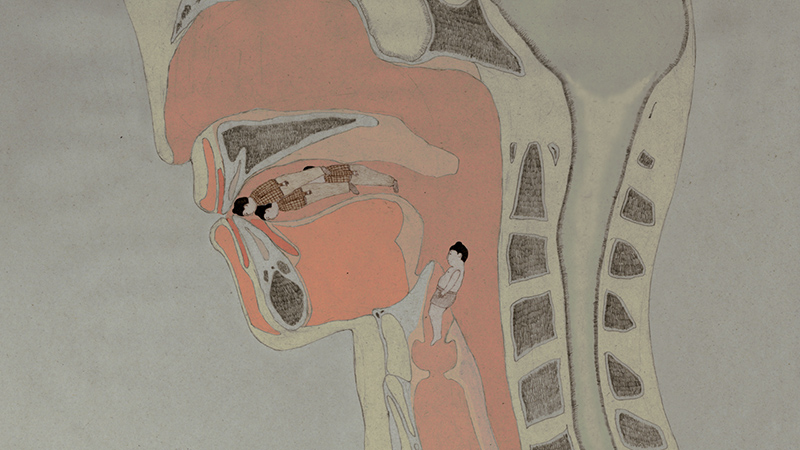 If there is a fixed number of words that a person speaks within his/her lifetime, and if that number is controlled from somewhere by someone, then it would probably be like the story in this film.
© Atsushi Wada 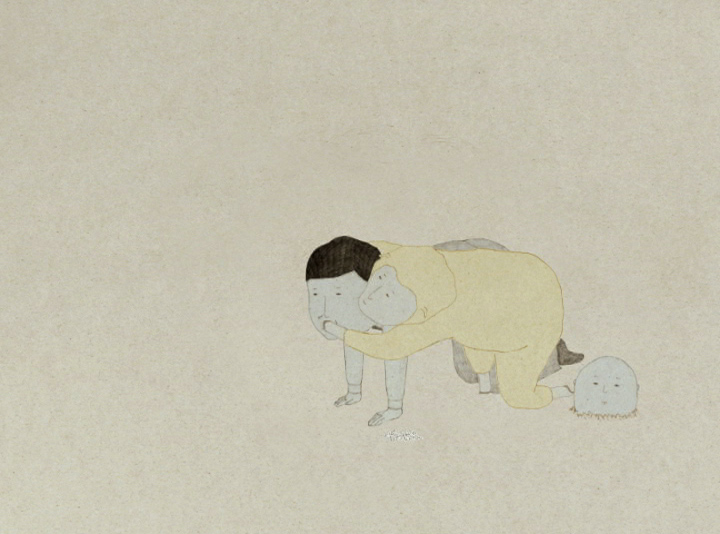 A material, an origin, a meaning, a value. When you have a question on glasses, let’s answer “Well, that’s glasses”
© Atsushi Wada 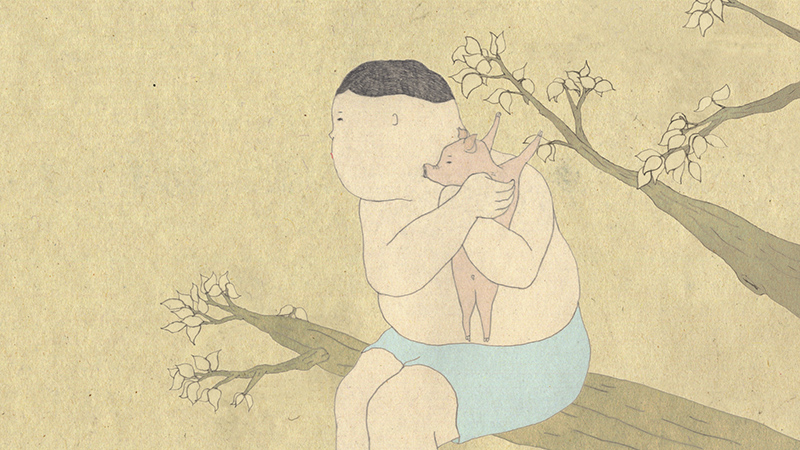 A weird relationship between a pig, a dog, and humans. Do we forgive the existence of a gap?
© 2010 Atsushi Wada / Tokyo University of the Arts 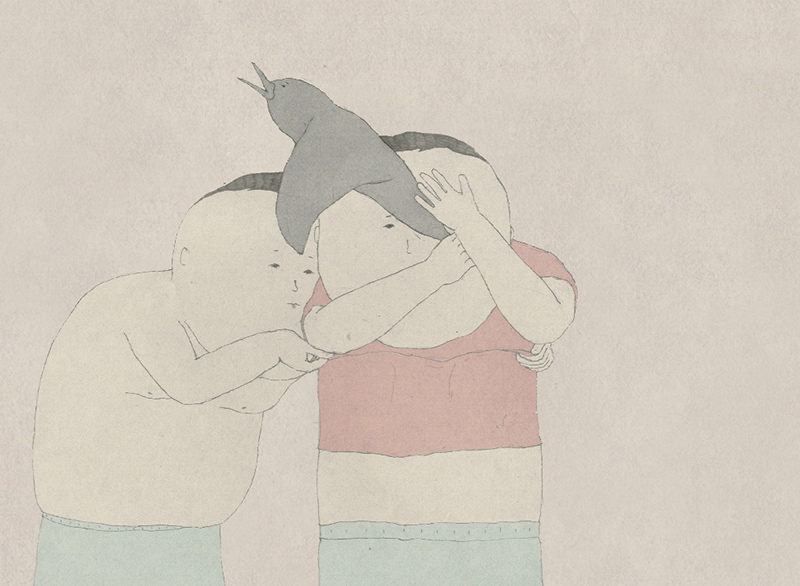 Everybody is excited to see the arrival of spring. This film tries to depict the excitement spring brings.
© Atsushi Wada 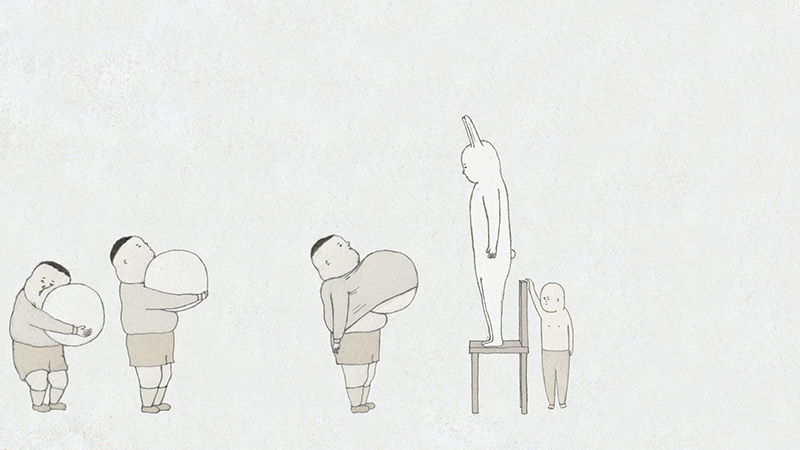 Once we called the noble, profound and mysterious existence The Great. We have moved with the time, our thought and consciousness has changed. And yet what makes us still keep calling it The Great?
© Sacrebleu Productions - CaRTe bLaNChe - Atsushi Wada - 2012 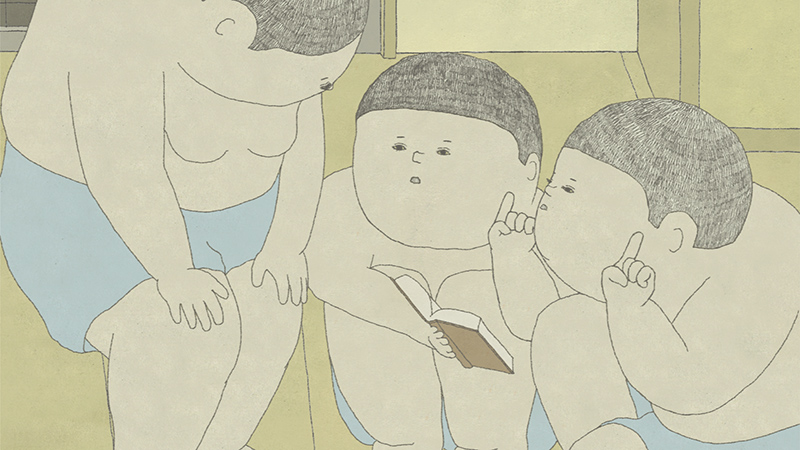 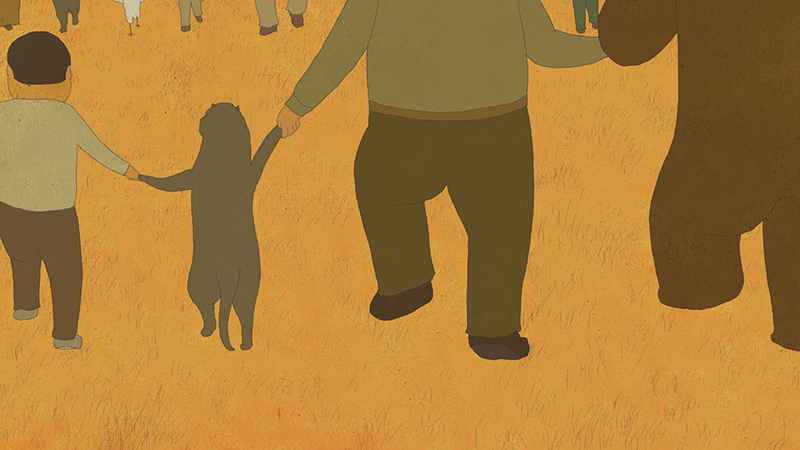 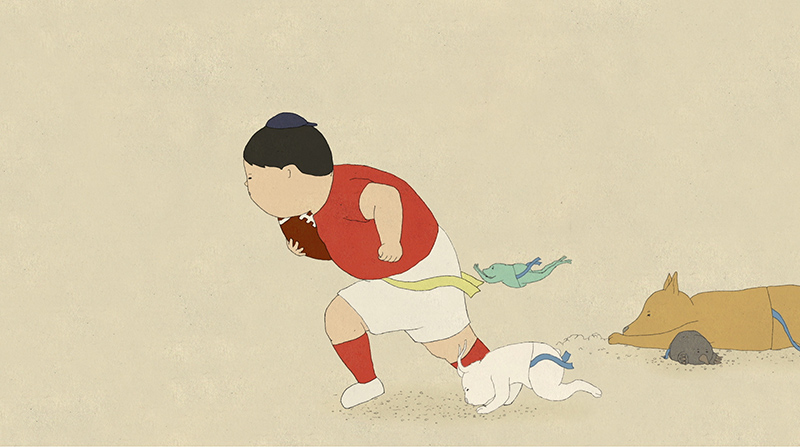 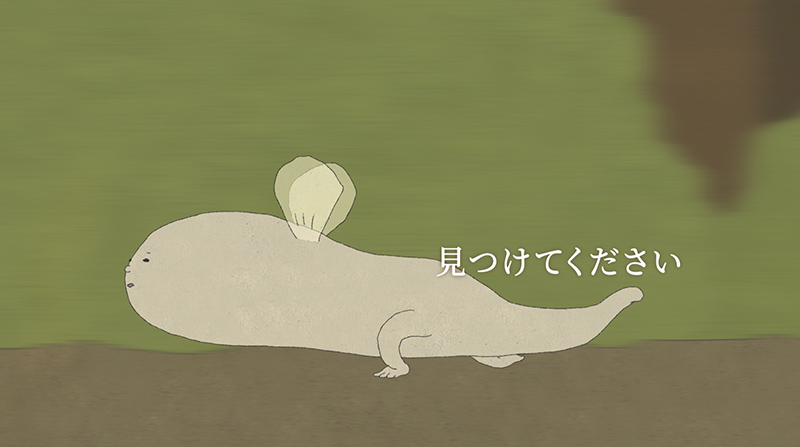