As a part of overseas promotion activities, Agency for Cultural Affairs, Goverment of Japan will participate in the “25th Manga Barcelona” (from this year, the Festival Changed the name from Salón del Manga to Manga Barcelona), Spain’s largest manga festival, held in Barcelona, Spain from Thursday, October 31, 2019 to Sunday, November 3, 2019. For this project, we have been working with FICOMIC since last year to spread Japanese media arts throughout Spain. In 2018, we held “Languages, Objects, and Beasts” (Spanish title: Lenguaje, Objetos y Bestias”) at the 24th Salon del Manga and exhibited various works, including original drafts of five manga and five video installations. This year, we will be exhibiting high-definition reproductions from "Blue Period." (YAMAGUCHI Tsubasa, Kodansha), one of the manga division’s jury committee selections from the 22nd Japan Media Arts Festival (2019). In the story, the protagonist feels empty even though he has a good high school life. One day, he finds a beautiful painting in the art room and is inspired to learn to paint. This is the story of him aiming to enter one of the most prestigious art universities in Japan – Tokyo University of the Arts. The author, YAMAGUCHI Tsubasa, graduated from the university herself and captivates readers by bringing a sense of reality into the work, adding in her own views on art theory and techniques learned through her own experiences. Yamaguchi will visit the festival to held master classes, signing sessions, and Q&A Session. Additionally, there will be screenings of other award-winning works from the 22nd Japan Media Arts Festival.

What is Manga Barcelona? 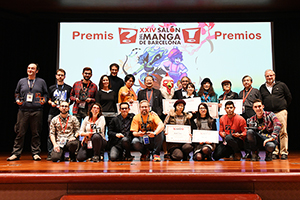 YAGUCHI Yatora is a high schooler who is popular, has good grades, and a fulfilling daily life. Yet somehow despite all that he lives with a sense of emptiness and frustration. One day, he is fascinated by a single painting, and the impact of it drives Yatora to throw himself into the beautiful yet ruthless world of art. Full of the author’s expansive knowledge of the art world, this is a story of a youth jumping head-first into the challenge of making it into an elite university, and of Yatora and his friends fighting for a future doing what they love.
In Volume 2, Yatora finally enters a preparatory school for getting into his university, and it is there that he meets “true geniuses” for the first time. What impact will they have on Yatora’s goals and his own sense of self?

This exhibition features high-definition reproductions of originals, and in addition to Volume 1, which is being published in Spain this year, we will also have exhibition items from Volume 2, not yet available in Spain! We hope you enjoy. 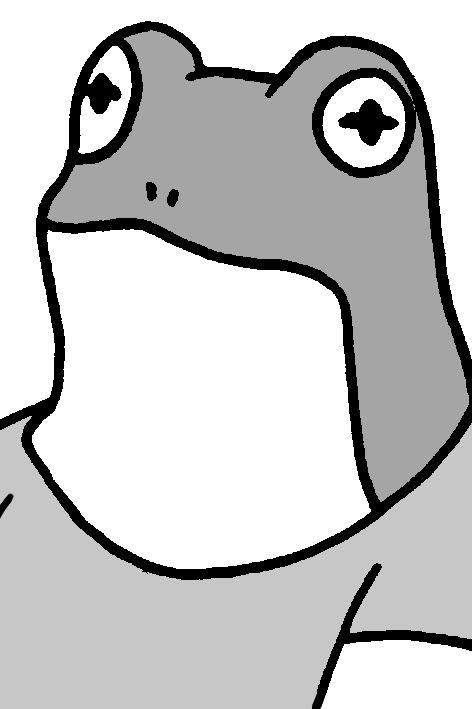 Nice to meet you, my name is YAMAGUCHI Tsubasa and I'm the author of the manga "Blue Period."
I loved ham and fideuà when I came to Spain before, so I am very happy to be here again.
The manga "Blue Period." is set amongst the admission exams for a Japanese art university, so I am honored to be able to present it in Spain, where many great artists such as Picasso, Goya and Dali were born.
The technique and the approach to art depicted in this manga are probably particular to Japan, and I am very interested in seeing with what kind of feeling people from Spain read such a niche genre.
Also, if there is an opportunity, I would be happy to visit a Spanish art school.

The signing session by YAMAGUCHI Tsubasa, an author of “Blue Period.
※The participants will be chosen from applicants at random.

Presentation of the manga production process for manga fans in Spain.

This program comprises award-winning works of MURATA Tomoyasu from the Japan Media Arts Festival.
MURATA employs puppet animation in an expressive way, allowing viewers to experience it with their eyes, ears, sense of touch and even through the air.
He has consistently strived to express the idea of “mujo”（impermanence）, which is a very beautiful concept to the Japanese.

We print different screen tones and delicate pen touches using high-definition reproduction. We are particular about the creation of subtle tones in black when printing a single-color manga manuscript in four colors. The texture of the manga drawn on the manuscript paper can be reproduced as it is with the use of digital printing technology. Also, by carefully selecting printing paper with the same texture as the original script, we can achieve a very high-quality printing result that is indistinguishable from the original script.

TAKAMOTO Akihiro belongs to Toppan Printing’s Toppan Idea Center (TIC). He has been a printing director for 22 years. His area of expertise is reproducing the creator’s passion for their manga, illustrations and graphic designs in the tone of color printing.

TOMINAGA Shizu belongs to Toppan Printing’s Toppan Idea Center (TIC). She has been a printing director for 11 years. She is skillful at reproducing the delicate textures of human skin that are typically used for advertisements in the cosmetic industry, and also colorful illustrations that are distinctive features of manga.

This year marks the 25th anniversary of the manga festival, which from this year changed its name from “Salon del Manga” to “Manga Barcelona.” A record number of more than 150,000 visitors attended this year’s event, which featured 37 guests from 12 countries and 223 exhibiting companies. At the National Art Museum of Catalonia (MNAC), an exhibition titled “Osamu Tezuka, the God of Manga” began on the same day as the festival and will run until January 6, 2020. We bring you a report on Manga Barcelona, an event that continues to gather momentum.

Fira Barcelona Mondjuic, the Festival venue.
Opening Ceremony of the festival
The exhibition "Osamu Tezuka, the God of Manga" at the MNAC.
Project Introduction

We exhibited high-definition reproductions of manga manuscripts from "Blue Period." (YAMAGUCHI Tsubasa, Kodansha). The first volume of the manga went on sale in Spain to coincide with the opening of the festival. Not only fans, but visitors completely new to "Blue Period." took an interest in the manga and expressed their interest in reading it. At a booth selling manga at the festival, "Blue Period." drew many excited customers keen to pick up their own copies and celebrate the series’ release in Spain.

Sixty-eight people gathered for a Q&A session with the manga creator, asking her questions such as how she creates her characters and about the source of inspiration for her story.

At the Master Class, attended by as many as 129 people, YAMAGUCHI talked about her manga production process while performing live drawings. The class was filled with excitement towards the end when the drawings were given to two winners of a rock-scissor-paper tournament.

Thank you very much for allowing me to attend Manga Barcelona. I was able to meet many manga fans in Barcelona and was overwhelmed by their passion. The local fans made me realize that I still had much to learn about the greatness of Japanese manga and anime. I also received some incredibly high-level questions at the masterclass, despite "Blue Period." Volume 1 having just gone on sale the day before. It was a truly fun and fulfilling experience. Only a few manga artists and publishers in Japan nowadays keep other countries in mind while drawing manga, but I, too, feel that we need a broader perspective, keeping the entire world in mind when we draw from here on out. Thank you very much for the truly inspiring time.

Other Events at the Festival

In this year’s ceremony, distinguished service awards were presented to those who contributed to the 25-year history of Manga Barcelona. TOKORO Masahiro, Director, Agency for Cultural Affairs, government of Japan served as an award presenter.

Many guests from Japan attended festival on invitation. They took part in talk sessions and various live performances. It was clear to all who enjoyed the festival that the people of Spain are widely interested not only in manga, but in Japanese culture overall, from idols to traditional art.