My encounter with MIZUSHIRI's animation came after a recommendation from a friend who saw a graduation exhibition at Joshibi University of Art and Design. My friend said, "There is an animation that Taku would like." It didn't take long to get a full sense of MIZUSHIRI's world through works like "Kappo", "Futon" and "Maku".
Her use of music and unique flow of time appeal to the senses of smell, touch, and taste rather than sight and hearing. Rather than eroticism, I have always thought that her works are kind of closer to the surprisingly satisfactory texture I encounter when akami tuna sashimi melts in my mouth. 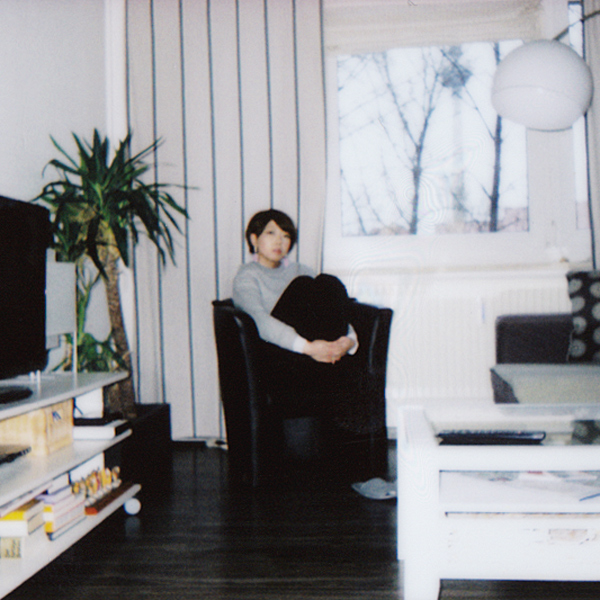 
Born in Aomori, Japan in 1984. Filmmaker.
She expresses textures using everyday motifs such as parts of the body through her animation works. 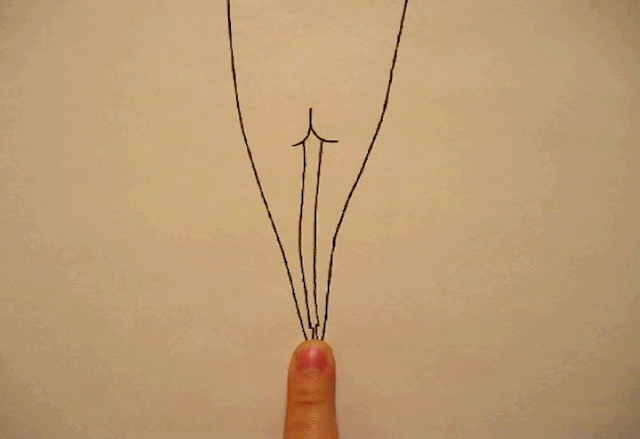 The first animation work in which hips and fingers move as if they were playing.
(This film has no audio)
© Yoriko Mizushiri 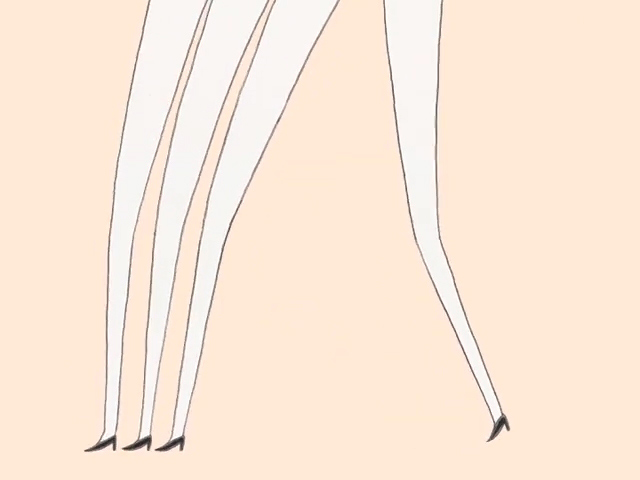 An animation in which legs wearing high heels walk with swagger.
© Yoriko Mizushiri 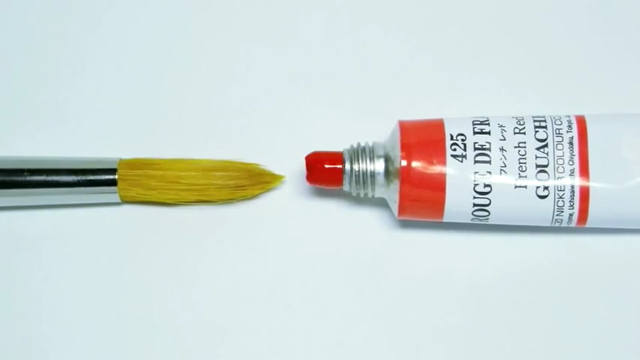 A time-lapse animation in which paints move around vividly.
© Yoriko Mizushiri 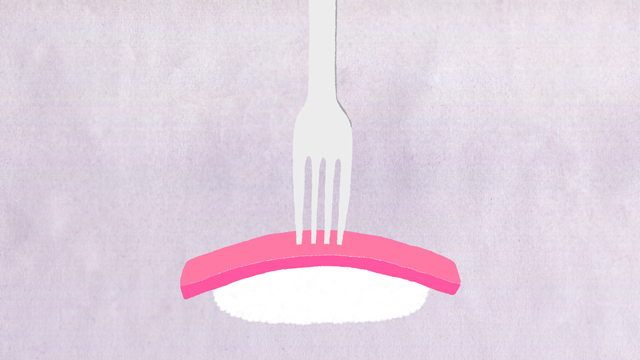 Sushi is delicious, indeed. Good to draw, good to touch, and good to eat, off course!
© Yoriko Mizushiri 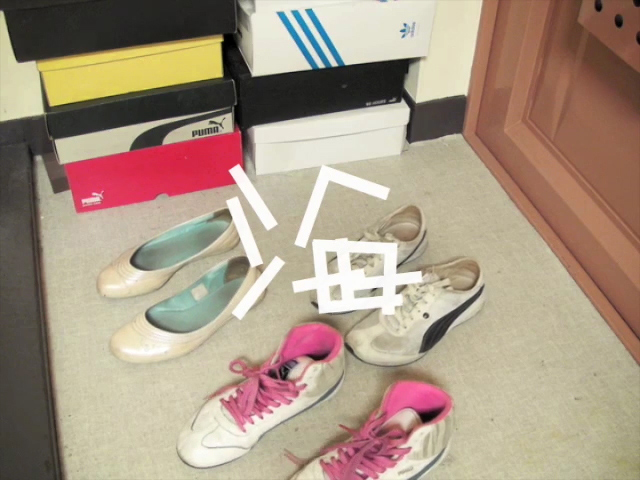 "Umi" is the song from Kuchiroro's album "everyday is a symphony".
MIZUSHIRI Yoriko is the Director for this music video and she created the animation for this as well. Producer: ITO Gabin.
© Yoriko Mizushiri / © commmons / avex 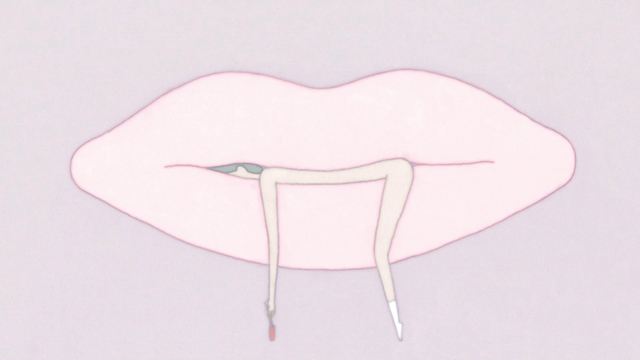 Wrapped in the futon... Memories are coming up to the mind, the future is imagined, senses are recaptured, physical feelings as a woman are deeply ingrained... Everything melts pleasantly all together. In the futon, the body wonders seeking for these sense...
[New Face Award in Animation Division of the 16th Japan Media Arts Festival]
© Yoriko Mizushiri 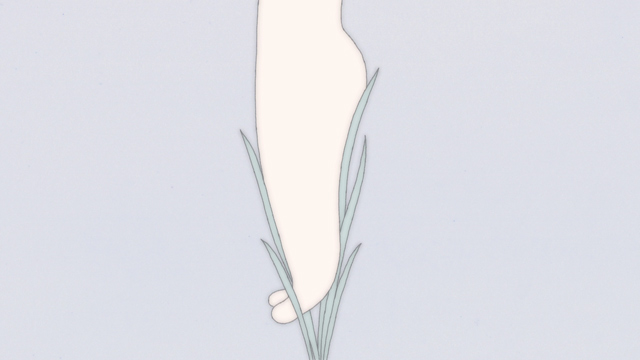 The snow in my hometown is very soft and innocently beautiful. This film is calm and clean as much as the snow that I remember. There is no questionable or hidden meaning. All the movements and expressions in the film are simple and universal.
[Jury Selections in Animation Division of the 17th Japan Media Arts Festival]
© Yoriko Mizushiri 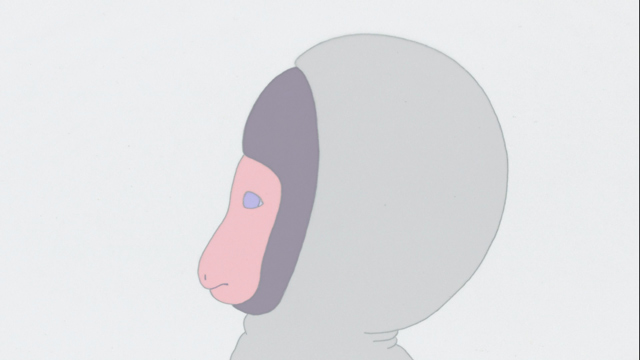 Kyogen Stage/Eye Examination Room/Sushi Bar Counter - There are two people who face each other in each space.
Each pair keeps a few distance between their partners and find some fearful, tender, and comfortable feelings that fascinate them.
The feelings are put into practice immediately, and they start groping each feelings.
© Yoriko Mizushiri 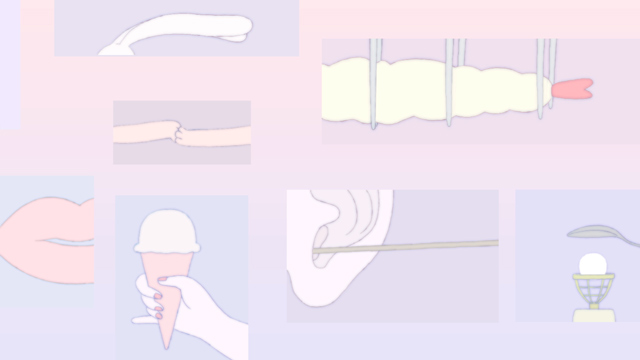 MIZUSHIRI Yoriko created this music video, which is the animated short film, for the song, "Teleport" by HASUNUMA Shuta.
HASUNUMA Shuta was in charge of the musical part for MIZUSHIRI Yoriko's work, "maku(Veil)".
© Shuta Hasunuma / © Yoriko Mizushiri 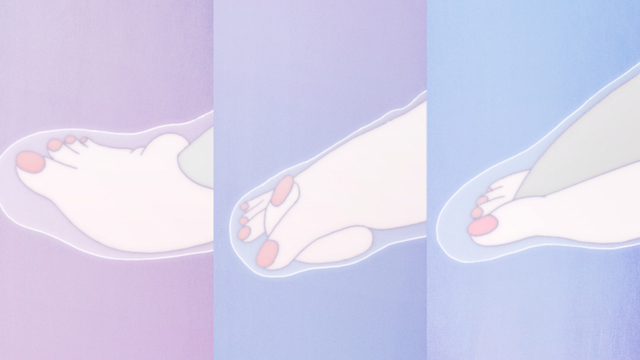 The original animated short film, "airflow" was created for the exhibition, "Audio Architecture" held at 21_21 DESIGN SIGHT in 2018.
This version of the animated short film was re-edited for the live concert of Cornelius.
MIZUSHIRI Yoriko, who creates animations that tickle the tactile senses of the viewer and stimulate the internal organs with humorous and sensual movements, expresses a slight shift in feeling by paying attention to a structure where a range of sensations are contrasted with the lyrics of the song. Multiple familiar objects such as sushi, tissues, and balloons show the same movement at the beginning, but since they are drawn separately, small differences in shape and movement start to appear naturally.
© Yoriko Mizushiri, 2018 / created for Exhibition“AUDIO ARCHITECTURE”at 21_21 DESIGN SIGHT, 2018 "My Luxury Night" by KISUGI Takao, which was released in 1977, is considered one of the greatest songs in Japanese popular music history.
Since this song didn't have the music video at the orginal release timing in the 70's, MIZUSHIRI Yoriko created the first music video for it in 2019.
[Jury Selections in Animation Division of the 23rd Japan Media Arts Festival]
© Yoriko Mizushiri / © NHK