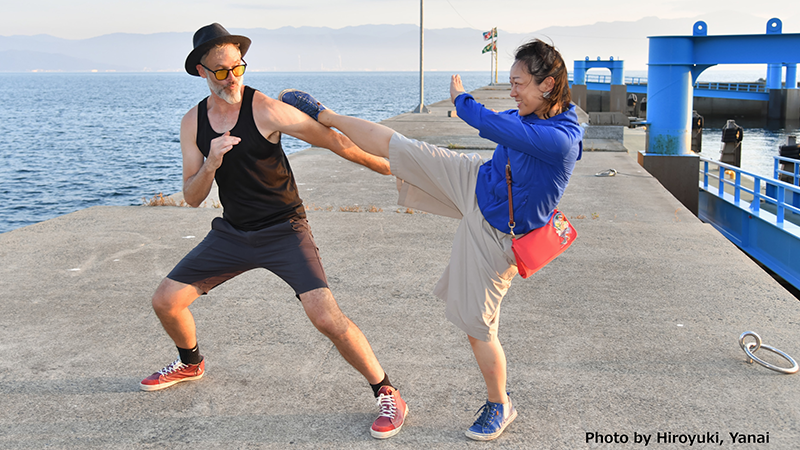 Artist, Educator
A unit composed of YAMASAKI Ami, who creates performances and installations based on voice and auditory echo localization, and Michael SMITH-WELCH, who creates sculptures and videos using engineering techniques. The unit creates experiences that challenge the viewer's sense of participation using the theme of the extensibility of the body. They have participated in Kyoto Steam 2022 (Kyoto City Kyocera Museum of Art), Setouchi Triennale 2019, and more. YAMASAKI is a 2016 ACC Fellow and a 2018 Japan Foundation Fellow. Smith-Welch was affiliated with the MIT Media Lab, 2002-2011, 2013-14, the Hirshhorn Museum Artlab+, 2015-2018, and is the co-founder of Rhizome DC (USA). 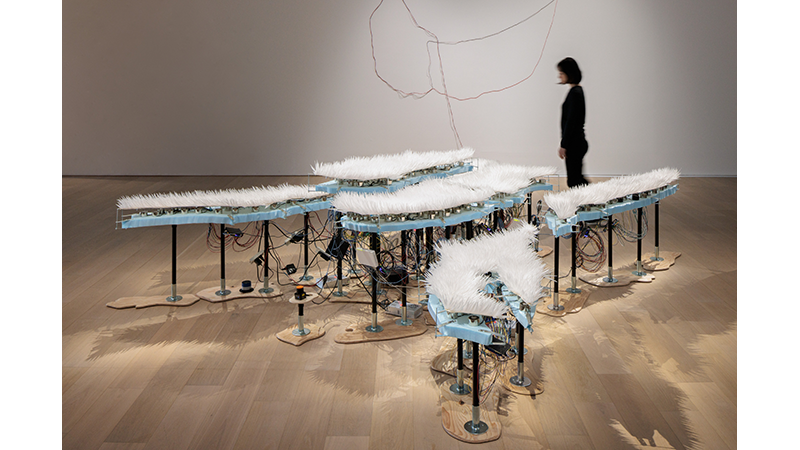 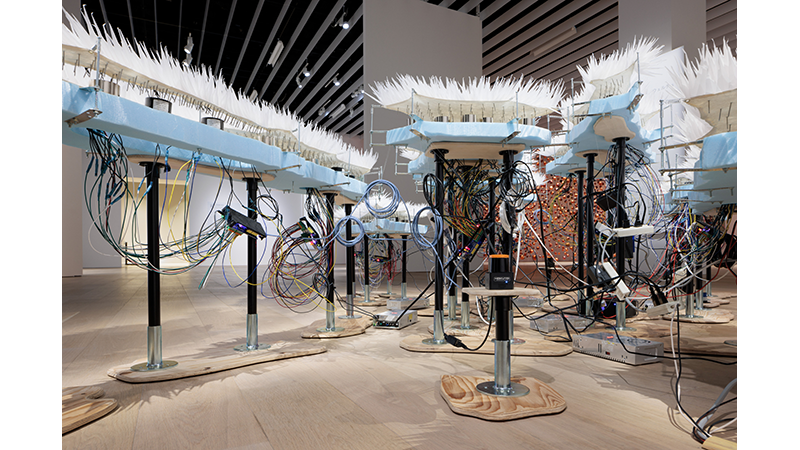 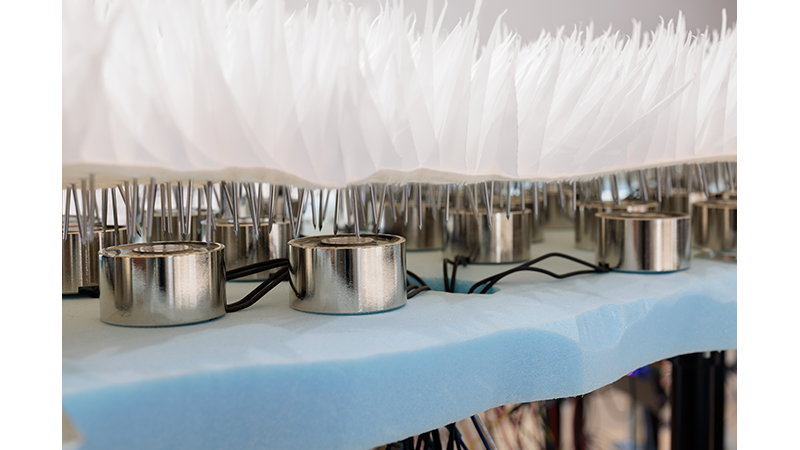 ©Hyogo Mugyuda/KYOTO STEAM 2022
lost in the wind rose
2022
Design, modeling, engineering: YAMASAKI Ami + Michael SMITH-WELCH
Software design and engineering: TAKATA Toru / tettou
Collaborator: Konel
Organizer(project, competition): KYOTO STEAM - International Arts x Science Festival Executive Committee
Production Cooperation: Image Club
An unfamiliar form, its body covered with feathers, makes a commotion upon encountering a person. The form was created by combining shapes optimized for harnessing the wind, such as those of swallows and airplanes, with tentacle-like sensing ranges rendered by sensors, and it uses LiDAR light-based sensing technology to capture the position and motion of participants. 224 electromagnets generate a magnetic force field and wing-like surfaces made of paper move in response. It is as if a chance encounter between this creature and a human being creates a sensation, or wind. The organic relationship that connects the two exposes an invisible medium, which unveils a new form of physical computing.
This work inherits the spirit, concept, and technology from TOU - Breathing Wall, which was developed by Konel in collaboration with Panasonic. The new system was developed by Konel engineer tettou (TAKATA Toru). "Wind rose" is another name for a wind map (which illustrates the wind direction and speed for a particular location over a period of time). 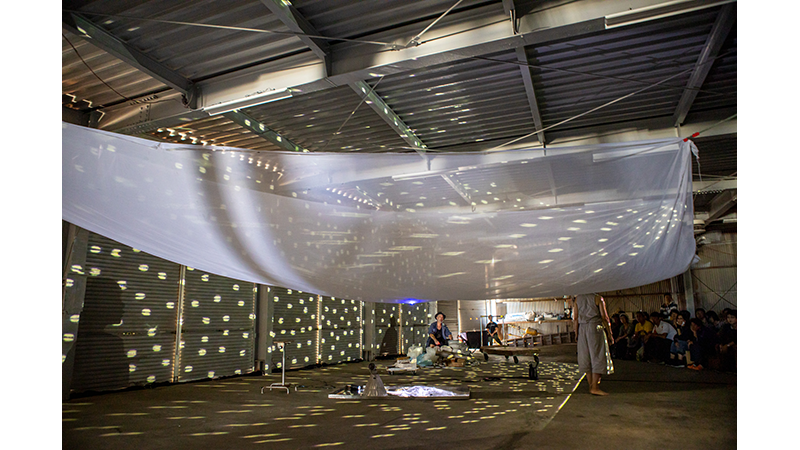 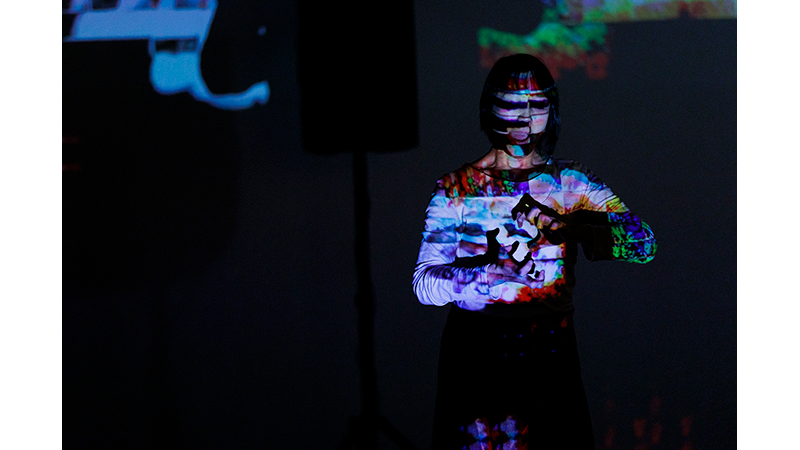