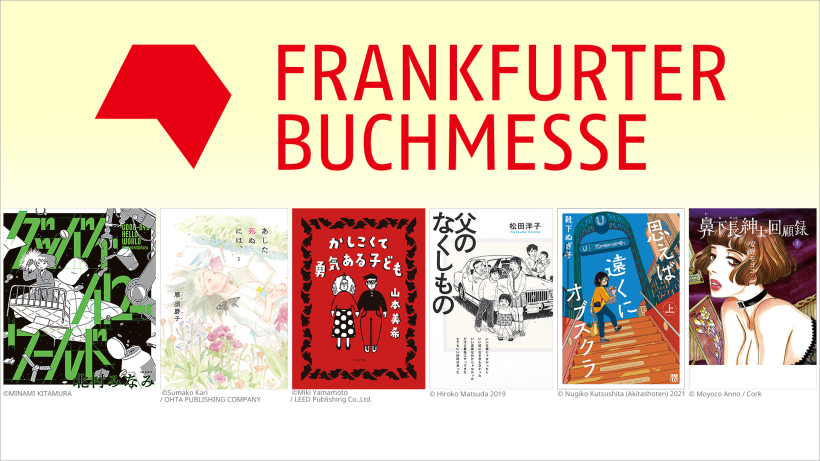 Japan Media Arts Festival Oversea Promotion Project 2022 organized by the Agency for Cultural Affairs, will have a booth at the Frankfurter Buchmesse (Frankfurt Book Fair) 2022, where it will hold a manga showcase presentation as well as an exhibition introducing featured works.

Japanese manga is very popular around the world; however, this exhibition will introduce six works by lesser-known female manga artists. The works come from a variety of genres and were selected from among the Japan Media Arts Festival award-winning works and those recommended by the jury. In addition to this panel exhibition, there will also be a showcase presentation for overseas publishers. 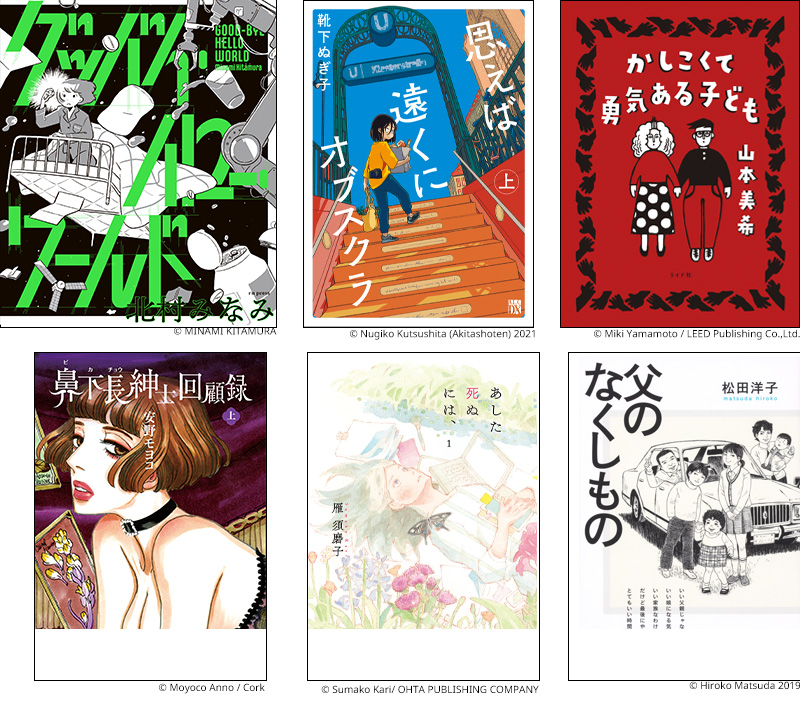 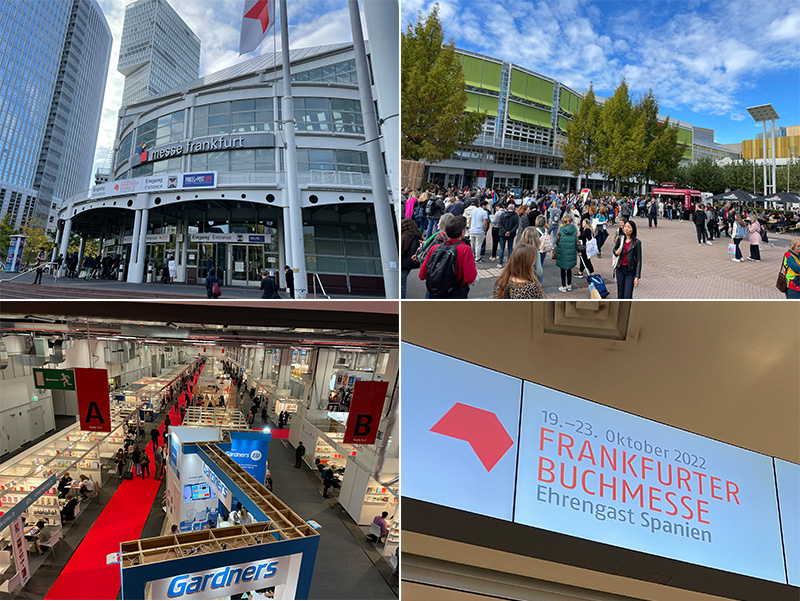 The Frankfurt Book Fair is the world’s largest trade fair for books, where publishers and agents come together. The 74th Frankfurt Book Fair 2022 took place from October 19th and lasted five days, and was the first time the Japan Media Arts Festival Overseas Promotion department had a display there. Six titles that won awards from the Japan Media Arts Festival were selected with the common theme “The Deep and Diverse World of Female Japanese Manga Artists” to be displayed and introduced to overseas publishers and agents as manga showcase presentations. The booth at the fair had displays for each title, and many visitors learned about the selected works.

1.  Manga Showcase Presentations & Networking Cocktail
Day 1 to Day 3 of the event consisted of manga showcase presentations and networking business days. Many overseas publishers and agents visited and were introduced to each title using slides during the 30 minutes presentation. After the presentation, there was a mini get together where people could exchange their opinions and ideas about the titles. Being able to learn about the demand for Japanese manga to be exported overseas and to hear it from the people that live in those countries was extremely useful for future opportunities. 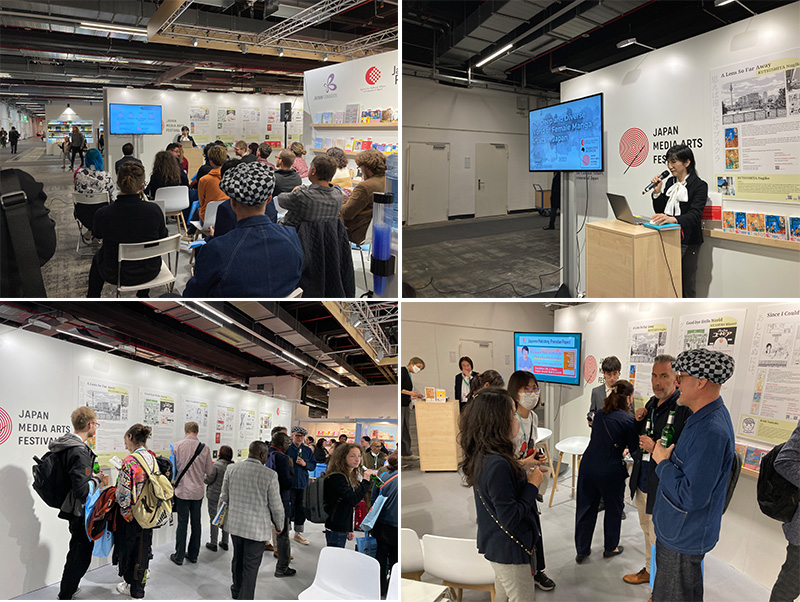 2. Panel displays for titles
The Japan stand at the book fair consisted of publishers from Japan and Japan Book Bank, a Japanese literary translation and distribution organization. At the booth were panel displays for the six titles that were introduced via manga showcase presentations. Many visitors, including publishers from other countries and the general public, took a look at the physical copies of the titles and were deeply engrossed in them as they flipped the pages. 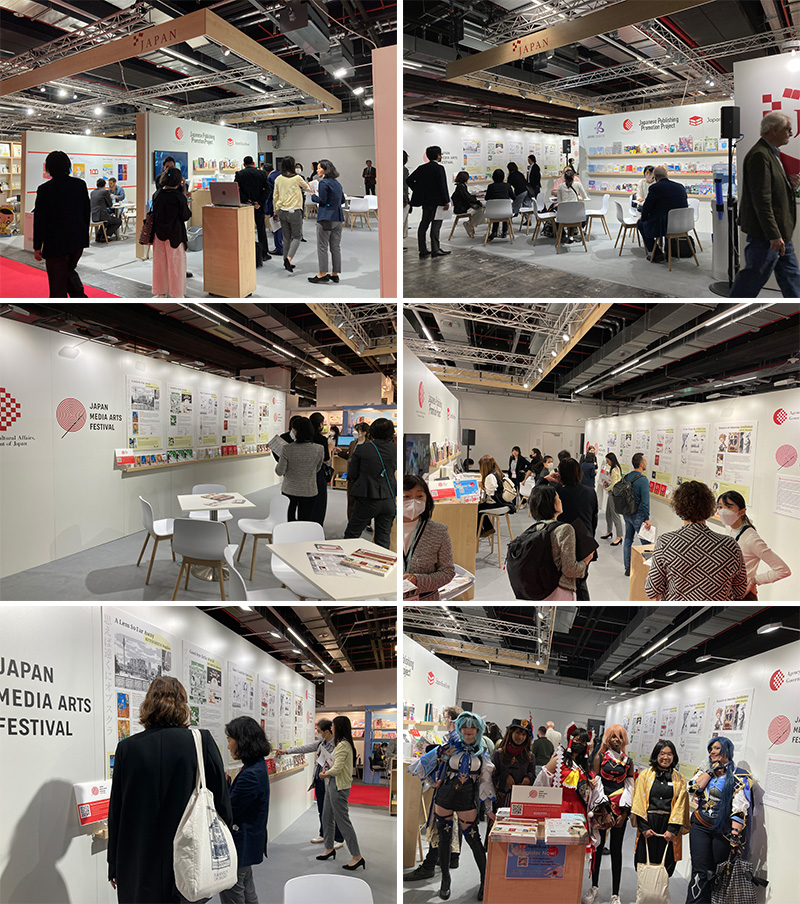