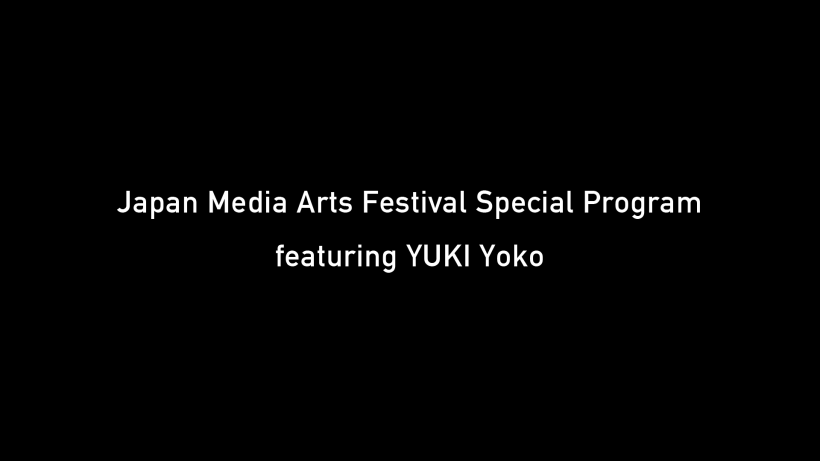 To experience YUKI Yoko’s work is like encountering an intriguing and charming folk art at the flea market. It is both a work of art and an entrancing gift engraved with the artist’s life experiences, which is highly endearing. Not to mention, it’s easy to pick up and comfortable to hold in your hands. Because it doesn’t look like what you expect a “work of art” to look like, it isn’t imposing and makes you feel like you can pick it up casually. However, doing so will cause it to come tumbling onto your shelf at home.

It may sound like an outlandish analogy, but you would easily be able to understand what I am saying once you experience her work. However, do not misunderstand. This is not simply an act of genius or a product of nature, but a work of art that is designed and created carefully. Despite this, her work seems free from any guises of cultural background, upbringing, social position, or logic, so that there is no mental pressure when viewing Yuki’s work. All creators try to achieve this at one point, and most fail. And yet, most of her work is created to feel this way. The simplicity of her work allows for a high degree of creative difficulty. Simply put, Yuki’s work is brilliant!

I believe I have conveyed how exceptional Yuki’s work is, but I will go into more detail about a few specific elements.

Tempting Essay
There are several works that are likely based on the artist’s actual experience. To see reality through Yuki’s eyes is quite enticing. This new world—realistic yet fictional, familiar yet foreign—is right there, and it beckons you to come in. Not many people can turn down its scheming temptation.

Allegories and Contingency
One of the characteristics of a Yuki work is the fable-esque storytelling. The highly abstract and frank story cannot be reduced to a single genre or category and is poised to be taken in from all angles. In addition, she expresses this by using more traditional material in various ways. The most prominent use of this is the allowance for contingency. It is an expression of simple curiosity, like a schoolchild freely mixing together ingredients as a form of experimentation. Combine this with the fable-esque story telling to further open up this work to the world.

Funny Poetry
If we were to define poetry as wordplay that deviates from the traditional use of that word, Yuki’s work would undoubtedly be considered visual poetry. Her work goes beyond meaning or context and heads straight towards nonsense, but you never grow bored of this. In fact, you laugh at its lack of meaning. Is this not what “funny” really means, in the truest sense of the word? When I told her that I laughed, she responded with “I still laugh at it too.” What a peculiar situation. And yet, I am simply overwhelmed by the fact that it was created as a work of art. 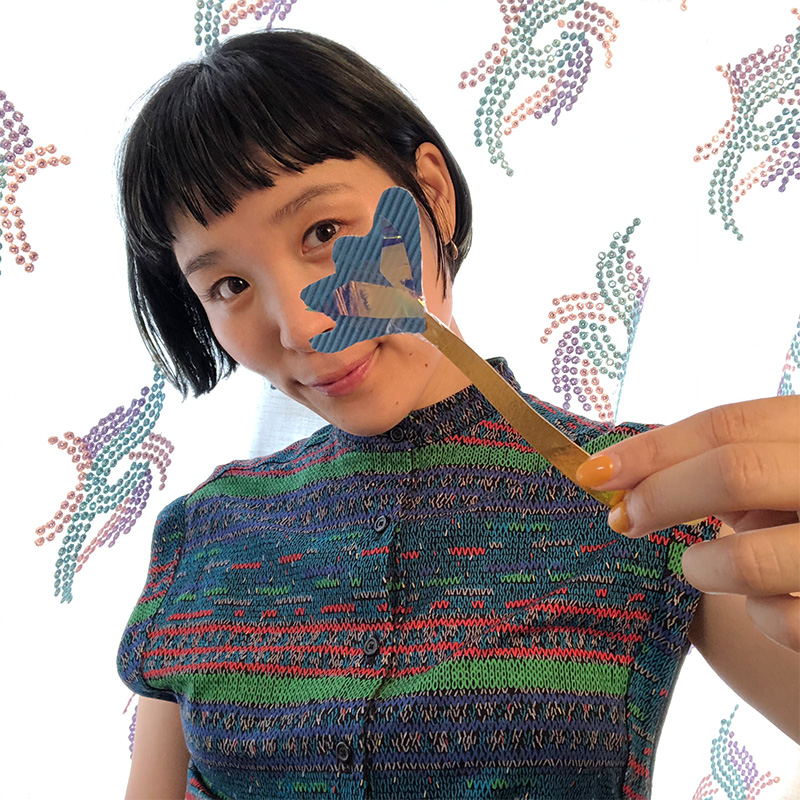 Born 1987 in Nagoya, Aichi prefecture, and currently living in Tokyo. From a young age, YUKI Yoko loved to draw and play with the video camera, so now she finds joy in making art that moves, or animation. She creates films that draw inspiration from what what feels in her everyday life, using various art mediums and materials. Her notable works include See ya Mr. Banno, based on a distant and strange memory from her childhood; Zdravstvuite!, which depicts a day spent with an old man she met in Yokohama; A Snowflake into the Night, which is based on the artwork A Fable Told by the Wind by comtemporary artist KONOIKE Tomoko; ShalaBonBon, a music video in collaboration with Bonno Shimizu; and In the Big Yard Inside the Teeny-weeny Pocket, her latest work which was inspired by her own picture diary.
https://www.yoko-yuki.com/ 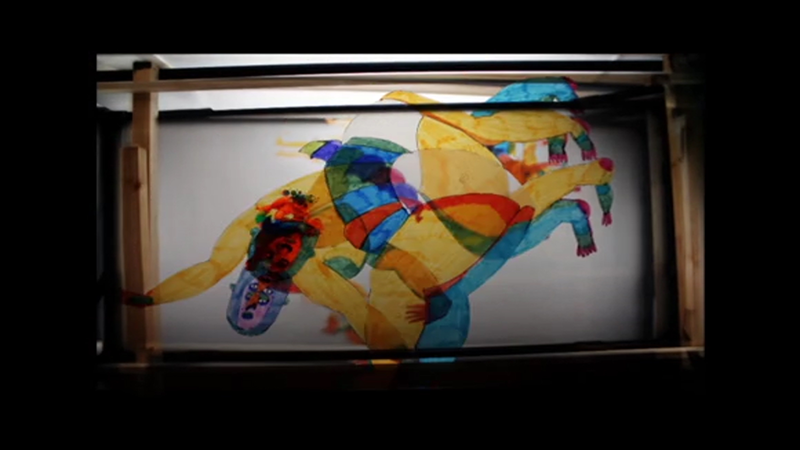 A film that started from attempting to create new movements from cutouts of the human form instead of drawing multiple human bodies in a row. 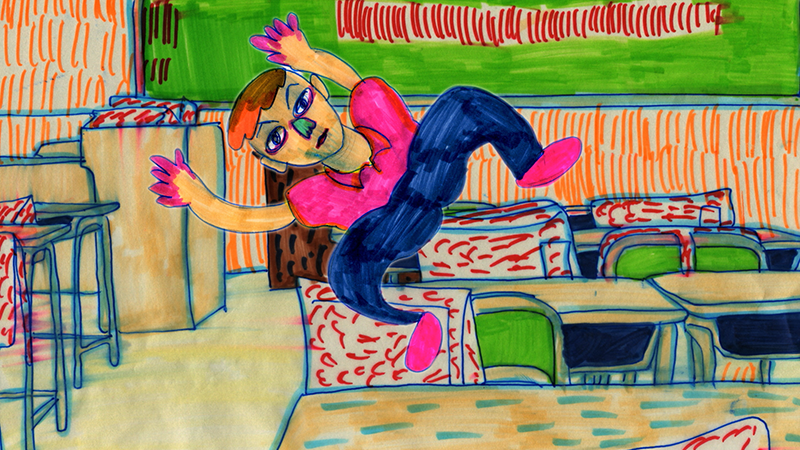 One day out of the blue, Mr. Banno, who teaches the class next door, came to school with his head shaved. Students made fun of his bald head so much that Mr. Banno flew away in a hot air balloon. What happened after that, nobody knows. 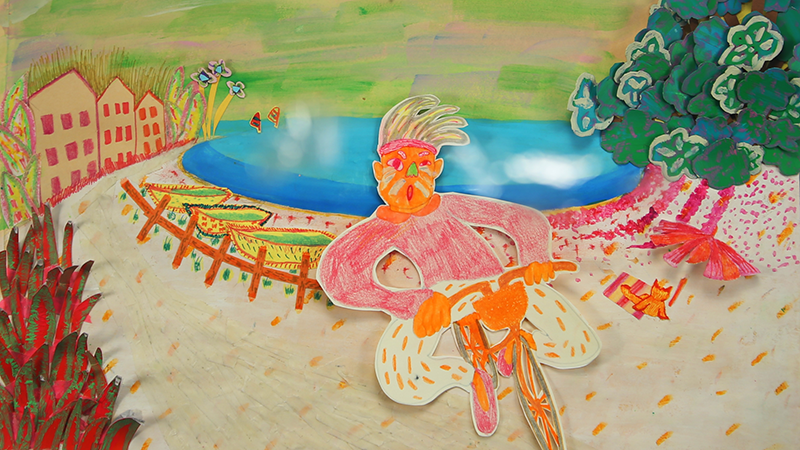 One summer day, I met a strange man who teaches Russian on the beach. He took me to the city, and what was once familiar looked completely fresh from a different point of view. The man should be there at the beach tomorrow too. 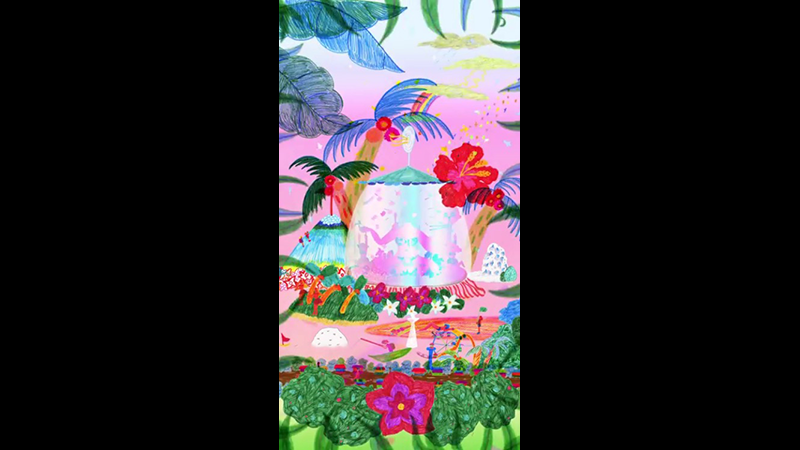 Summer vacations from our childhood were so long and precious. There were hot days as well as cool days. We had a lot of experiences, traveled around, got sunburnt, grew taller. We also had homework. Shouldn’t summer vacation be the best time of year for busy grown-ups, too? Let’s take it easy. You can come whenever you want. I’d like to dedicate an endless summer vacation to you. 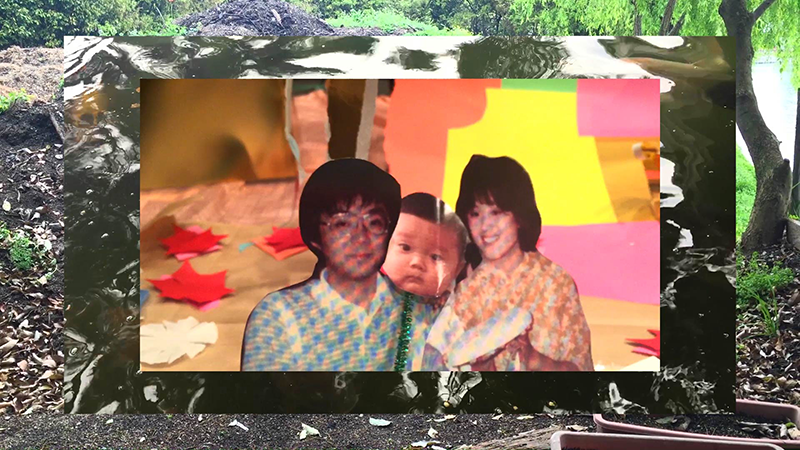 In April 2016, Thai movie director Apichatpong Weerasethakul was invited to Fukuoka, and film makers who have connections to Fukuoka gathered for a three-day film production workshop with him. This documentary film came about from that workshop, when I talked with animation creator and Mirai MIZUE about his origins while walking around Ohori Park, which is near where he grew up. 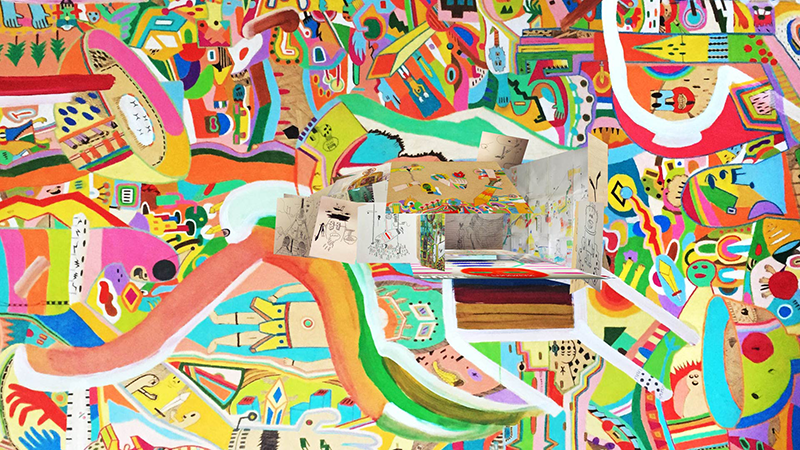 Visual artist Yoko YUKI talks to music producer Foodman about her trip to Thailand while soaking in a public bath together. As she retraces her memory in Thailand, she starts to feel dizzy in the bath and her memory slowly turns into music.

A Snowflake into the Night 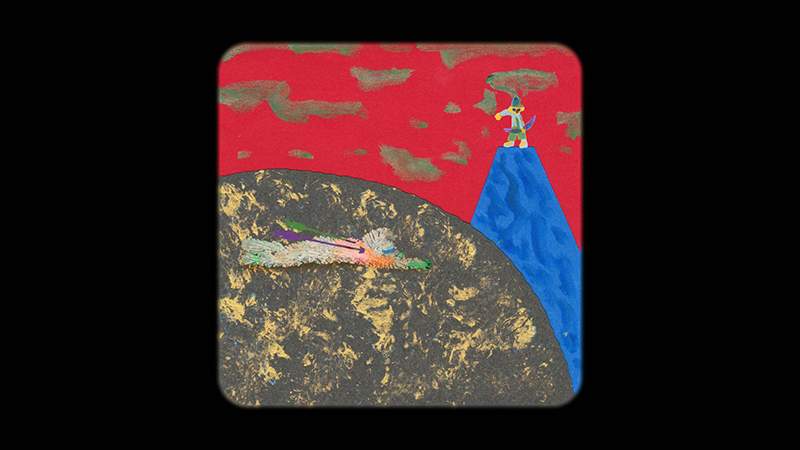 One day, the snow sensed it was in danger of melting and became an earthworm instead. The earthworm then longed to go above the surface and changed into a tree. It continues to change itself until one day… when it remembers its past self. 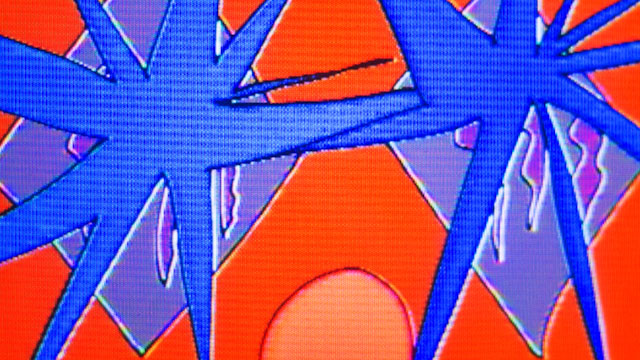 This work was created as a music video for the song “ShalaBonBon” by Bonno Shimizu. Birds, flowers, people, and other living creatures appear one after another, set to a light acoustic sound and the catchy phrase, “shalabonbon.” The noise-processed effect with the vivid and fluorescent coloring was achieved by filming a 2D animation played on a CRT TV.

In the Big Yard Inside the Teeny-weeny Pocket

When it shrinks, it expands. It floats and it sinks. It separates, but connects. When I think I’m watching them, they’re actually watching me. A charming animation poem that weaves together the countless days of observing, recording, and experimenting.