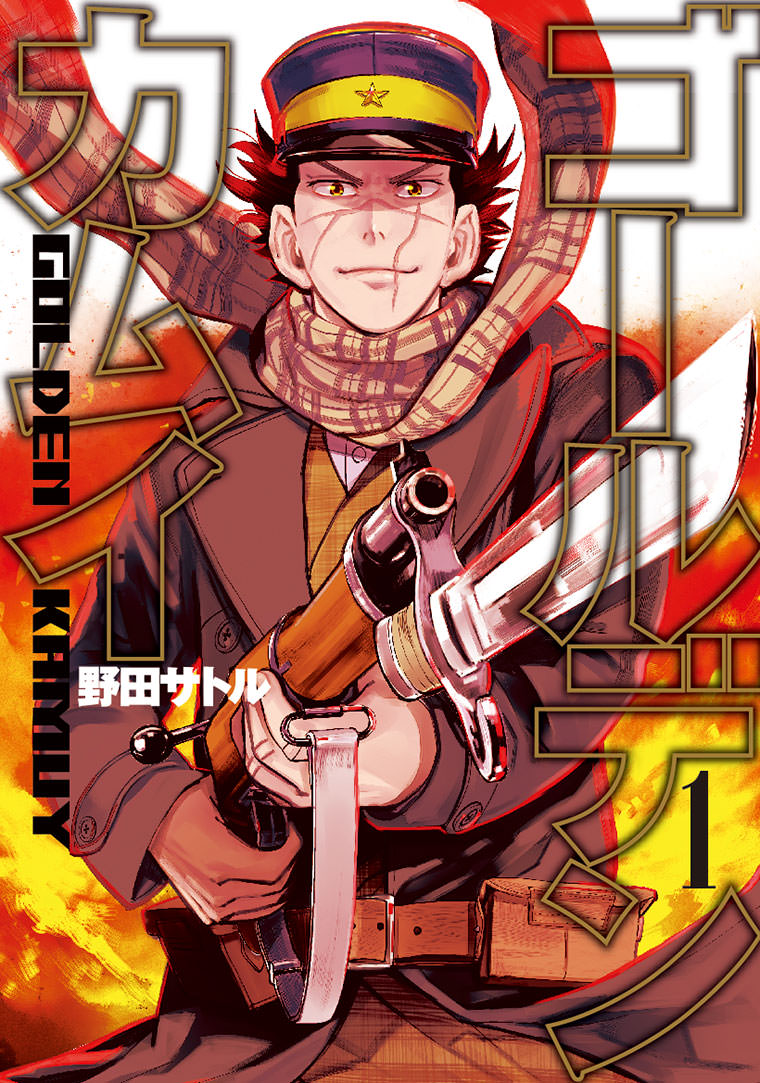 In the beginning of the 20th century, SUGIMOTO “The Immortal” is a veteran from the Japanese-Russian war who wanders the woods of Hokkaido, the northernmost island of Japan. At that moment, Hokkaido was very much like the Far West of 19th century USA: largely unexplored, wild, full of discoveries and adventures, and populated by the Aynu aboriginal tribe, with their own customs and world views.

While in Hokkaido, SUGIMOTO meets a young Aynu girl called Asirpa, who helps him defeat a huge brown bear that threatens to kill him. This encounter will mark the beginning of a remarkable story of friendship, camaraderie and adventures between SUGIMOTO and Asirpa. Along with the characters who chase a bunch of criminals who have escaped from the infamous Abashiri prison with a tattooed “treasure map” on their skin, the reader will embark on a frenzied adventure with lots of action and mystery, while learning about wildlife, Japanese history and Aynu culture. Golden Kamuy has become famous worldwide thanks to its anime adaptation. 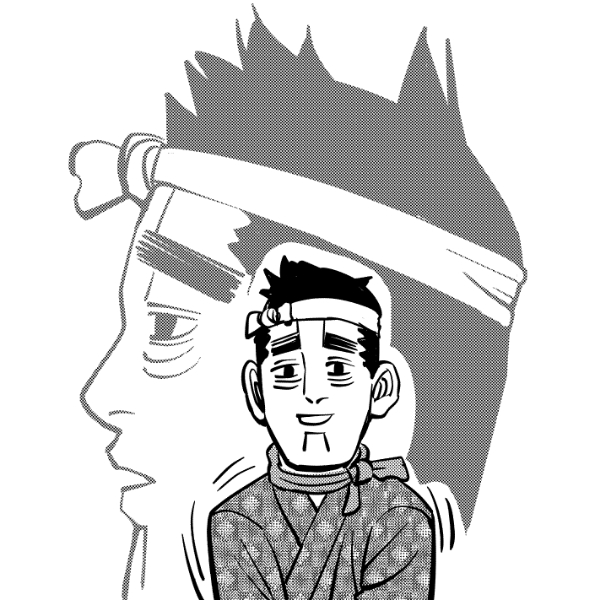 Born in Hokkaido. NODA debuted in 2003 with the one-shot Kyoko-san no kyo to iu kyo (Kyoko-san’s Bad Day), published in Special Young Magazine (Kodansha). In 2006, he won the 54th CHIBA Tetsuya Award - Young Artist Division for Goalie wa mae shika mukanai (The Goalie Always Faces Front). Supinamarada! was serialized from 2011 to 2012 in Weekly Shonen Jump (Shueisha). Golden Kamuy has been serialized in the same magazine since 2014. Golden Kamuy received first place in the 2016 Manga Taishō, second place in the men’s division for the 2015 Comic Natalie Award and the 2016 Kono Manga ga sugoi! Award, and received the 2018 TEZUKA Osamu Cultural Award Manga Prize. The heroine Asirpa was the banner visual for the 2019 The Citi Exhibition Manga at the British Museum in London. Three seasons of an animated version of Golden Kamuy was broadcast from April to June 2018, then from October to December in the same year, and October to December in 2020.

SUGIMOTO was a soldier and fought in many battles, while Asirpa hunts in the Hokkaido woods as part of her lifestyle. They are two fighters with very different backgrounds.

SUGIMOTO and Asirpa meet after defeating a bear: this encounter will shape the entire story.

Apart from the action and adventures packed into Golden Kamuy, this masterpiece gives the reader the rare opportunity to learn about traditional Aynu culture. (*Note: cise means house and ekasi means grandfather in Aynu)

Translation:
1. Do you have any other family members living in this house? 2. No, only Huci. 3. My aunt and uncle live in a different cise. 4. Ekasi fell sick and died six years ago. 5. My mother died of an illness soon after giving birth to me, so I never got to know her. 6. Asirpa ekimne patek ki wa menoko monrayke eaykap. (Asirpa spends all her time in the mountains and can’t do a woman’s work.) 7. Kemeyki neya itese ne ya menoko monrayke eaykap menoko anakne aynu hoku kor ka eaykap. (A woman who cannot sew or knit is unable to get an Ainu husband.) 8. ITESENI: device for weaving mats.

Food culture is a very important part of this work. While SUGIMOTO learns Aynu recipes, Asirpa also discovers some Japanese ingredients such as miso, which she calls osoma (shit).

Human bonds are, of course, essential, but human-animal bonds are often downplayed, and they can sometimes be even more powerful. Asirpa has a mighty ally and friend: the wolf Retar.

This frenetic adventure in search of a treasure triggers different relationships between the characters: friendship, loyalty, hatred, rivalry...